Much like the Australian government's $10 billion investment plan for our railways, there has been a bit of a change in the rail industries over the ditch. The New Zealand Government has recently announced a $1.3 Billion investment into infrastructure based around rail developments countrywide.

Action Civil is one of the Kiwi civil contractors at the forefront of those developments which will allow more efficient logistics and heightened safety in the Wellington rail yards. Action Civil started out in the early ‘90s focussing mainly on drainage and have built the business up to become specialists in the field.

About 10 years ago, In the New Zealand capital Wellington, the city council had a contract out for tender, and Action Civil owner Dave Murtagh decided to “give it a crack,” working alongside another larger company, they were awarded the contract. After completing the projects, KiwiRail New Zealand’s main rail logistics company, and the city council expressed their satisfaction with the work. Action Civil was shortly thereafter approached directly by KiwiRail with more job offers.

Fast forward 10 years and Action Civil has established itself as the go-to contractor for rail drainage modifications in the Capital and surrounding regions. KiwiRail has again recently contracted them for Wellington and Picton rail yard modifications which are happening for a number of reasons. 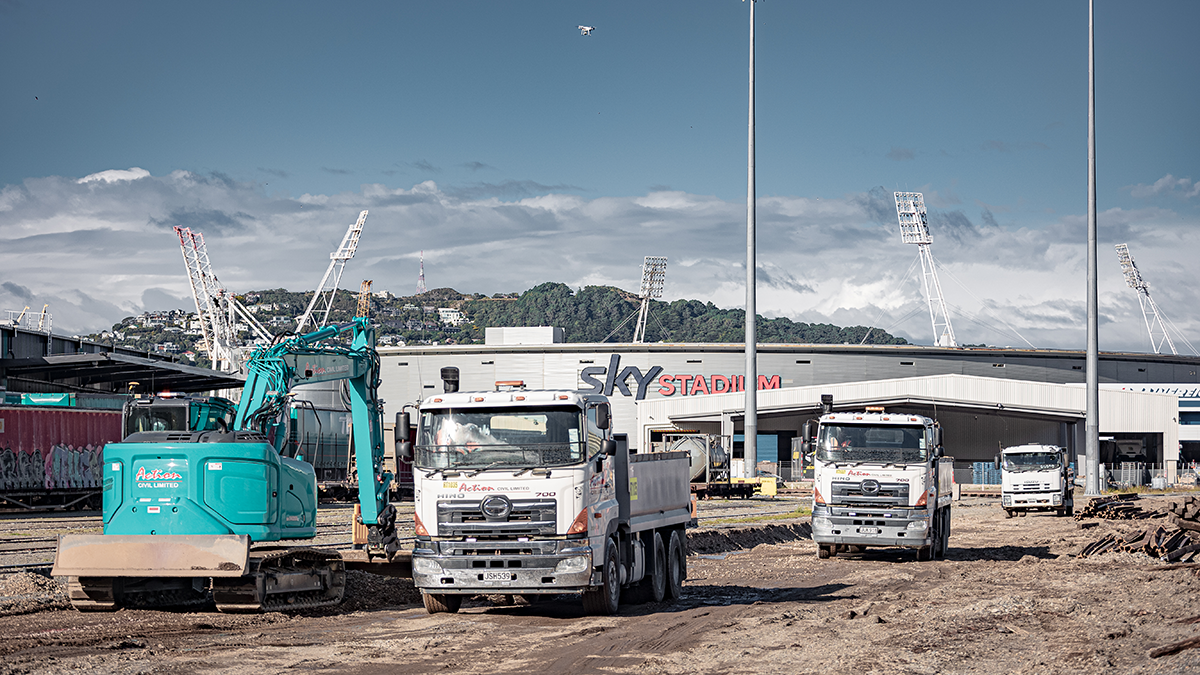 With the recent investment from the Government, KiwiRail has huge plans around modifying the current Cook Strait ferry crossings. “The project involves new infrastructure including terminals, linkspans, and marshalling yards which will create numerous jobs in Picton and Wellington.” Says Dave Murtagh, Owner of Action Civil.

KiwiRail, who own the Interislander Ferries, will be purchasing new ships for the crossing, building new terminals for loading, and developing rail and marshalling yards to cope with the increased demand for logistics and transport between New Zealand’s North and South Islands.

Action Civil is currently playing a key part in this project by undertaking major works with the logistics and rail yards that will be used in this project. With increased size and capacity the new Interislander ships will require much more rail infrastructure to load the ships up.

Ben Jones, an Operations Manager and Operator for Action Civil described the issues with the current rail yards on the Wellington side.

“They’re currently getting quite a bit of flooding in here with the high water table being close to the sea and the little valley that these yards are in… It causes issues with rotting ballast and sleepers which can warp the rails.”

Part of the safety and layout improvements for the Wellington side includes digging up some of the current existing rails, spacing them further apart, and installing ballast and drainage underneath the replaced lines to allow for better water removal. Improving the safety features of this active railyard doesn’t come without hazards of its own. The rail yard is busy and has to stay busy, as it’s the main hub for transporting freight via the Interislander between the Islands and to the rest of the Wellington port. If the rail yard stops, so does logistics, and this can't happen. This means that while operating an excavator, trucks, and worksite, the team from Action Civil have to constantly be alert working in close proximity to an active freight and railyard. Managing these risks as well as completing the work illustrate how Action Civil is skilled outside of just operating machinery and shows why KiwiRail keeps contracting to them. They are professional, safety-conscious contractors with punctuality and efficiency.

Dave expressed, “time is our biggest challenge.” For contractors like Action Civil, time is of the essence and is one of the most important considerations when taking on work. 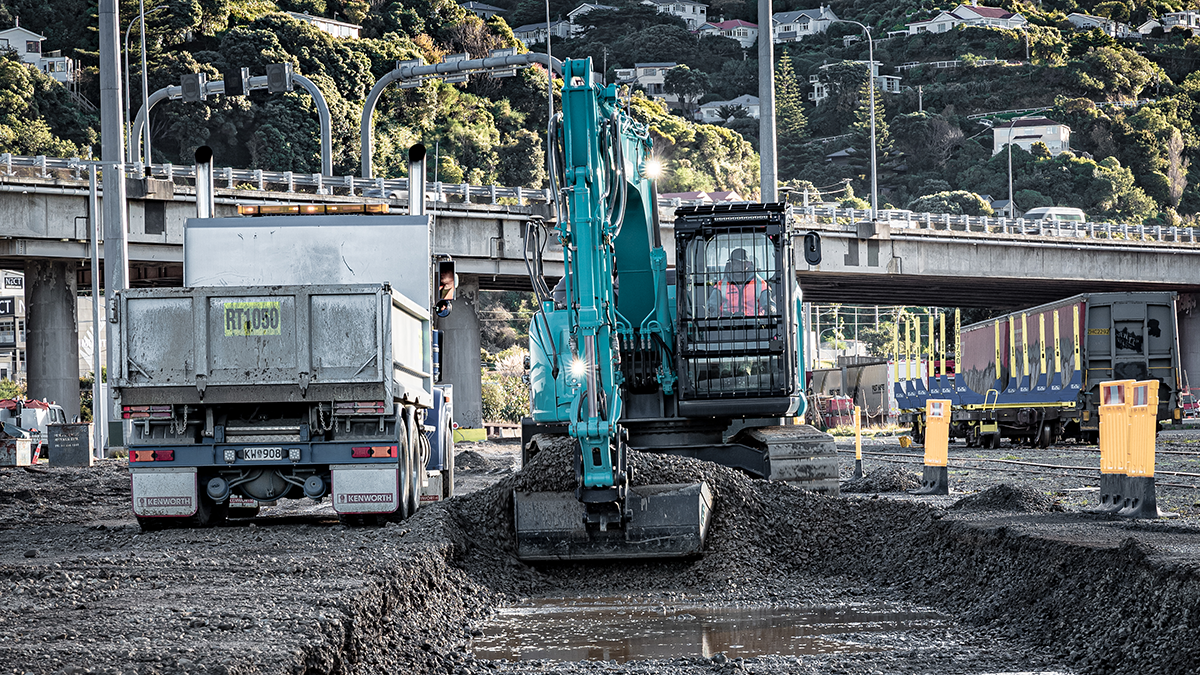 Being as busy as they are, Action Civil has to be able to efficiently deal with multiple contracts at the same time, and complete them in a timely manner. Pressure is often put on contractors like Action Civil because they have to leave time for changes on the other end of the project, “There’s always changes to projects so the more time we can give KiwiRail after we finish up the better.” Something that is just part of civil contracting is being ready to deal with changes, it's common to see changes to engineering plans as the project progresses, which is why Action Civil aims for efficiency. Finishing the allotted work quickly allows for changes to happen without pushing the project end dates out too much. “It’s pretty straightforward once you get into it but it’s tricky to become efficient.”

Dave makes decisions within his business that he believes will contribute to time efficiency. He chooses equipment suppliers based on a few key things, firstly the product must be fit for purpose, secondly, the supplier must be on time delivering the product, and lastly, the supplier has to provide rapid support when called upon. These three reasons are why Dave chooses Attach2 for their excavation attachments. 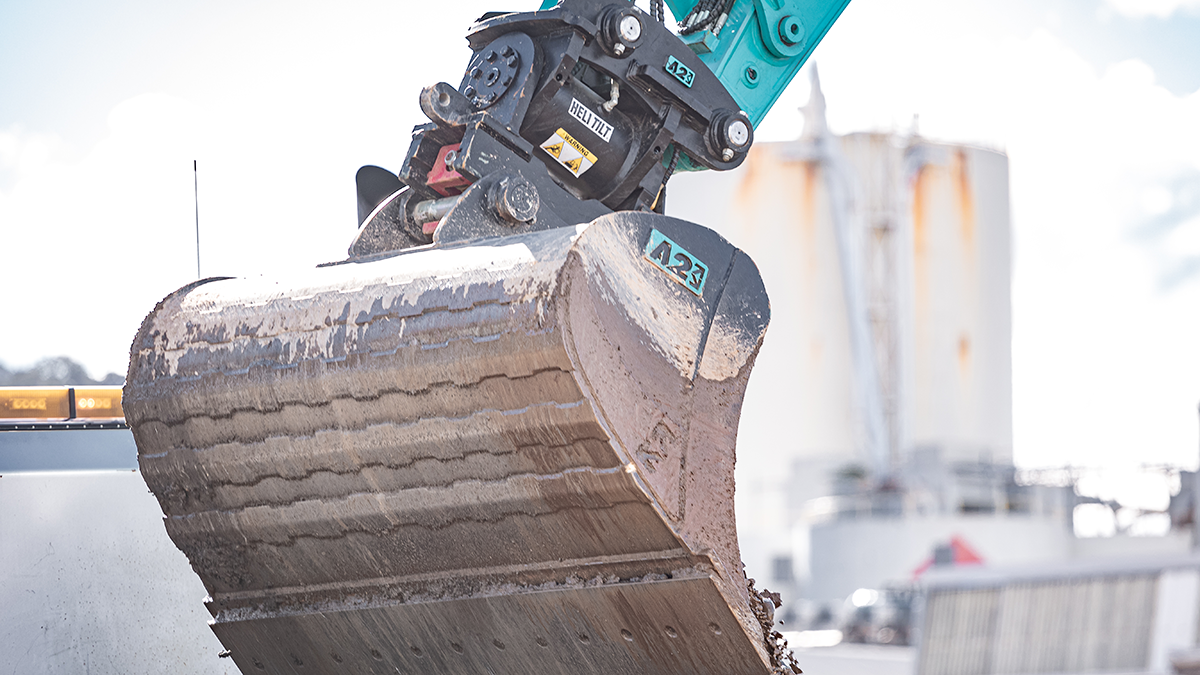 “The tilting hitch definitely has its merits, it’s a handy tool for working in and around other services, and there are some tricky angles we have to reach with the rails... The hitches get a pretty good workout with what we do, and there are heaps of bucket changes every day.”

Dave and his team needed a solution that would allow his team to quickly change attachments because in their line of work there is a need for changing buckets often. Drainage and trenches range in size and for efficiency, require different tools. The Heli-Tilt allows them to do this without getting out of the excavator to manually operate the hitch and changeover tilt bucket hoses. The automatic quick hitch base coupled with the increased angles the Heli-Tilt can achieve make it the perfect time-saving tool for civil contractors who may have limited space, need to swap out buckets often, or don’t want to have to shift the digger every time they want to achieve a different angle. After changing up tools and moving to equip his excavators with Attach2 products Dave and his team realised the savings they could achieve with the Heli-Tilt. 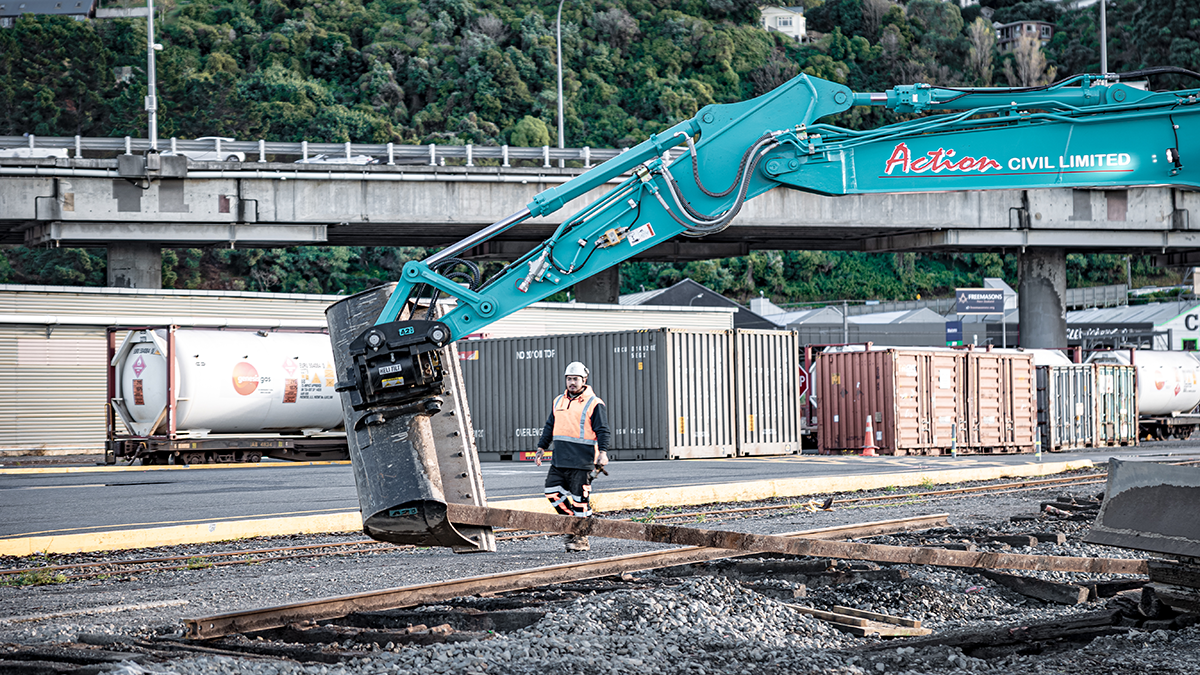 “We used to use a few different types of hitches, there was a tilt bucket with all the hoses and that, just nah… it’s just too inefficient, we'll never go back that way again.”

Dave has been more than happy with the service he received both before and after purchasing his equipment. “We have quite a few Attach2 products and have really only had one issue occur with an old hitch, we called up, and one of the team popped out to fix it and had us up and running pretty quickly.” Downtime can be costly for contractors under the pump like Dave, but he is confident from previous experience that if anything were to go wrong, he will get the support he needs.

“We’ve had a good relationship with Attach2… It’s all good gear that we get. And to date, it’s been great and may it carry on!” Attach2 is a family-owned business based in Australia and New Zealand supplying excavator hitches and attachments. Their particular focus on product quality and after-sales support has helped small, local contractors to large, international businesses scale their businesses building important infrastructure. 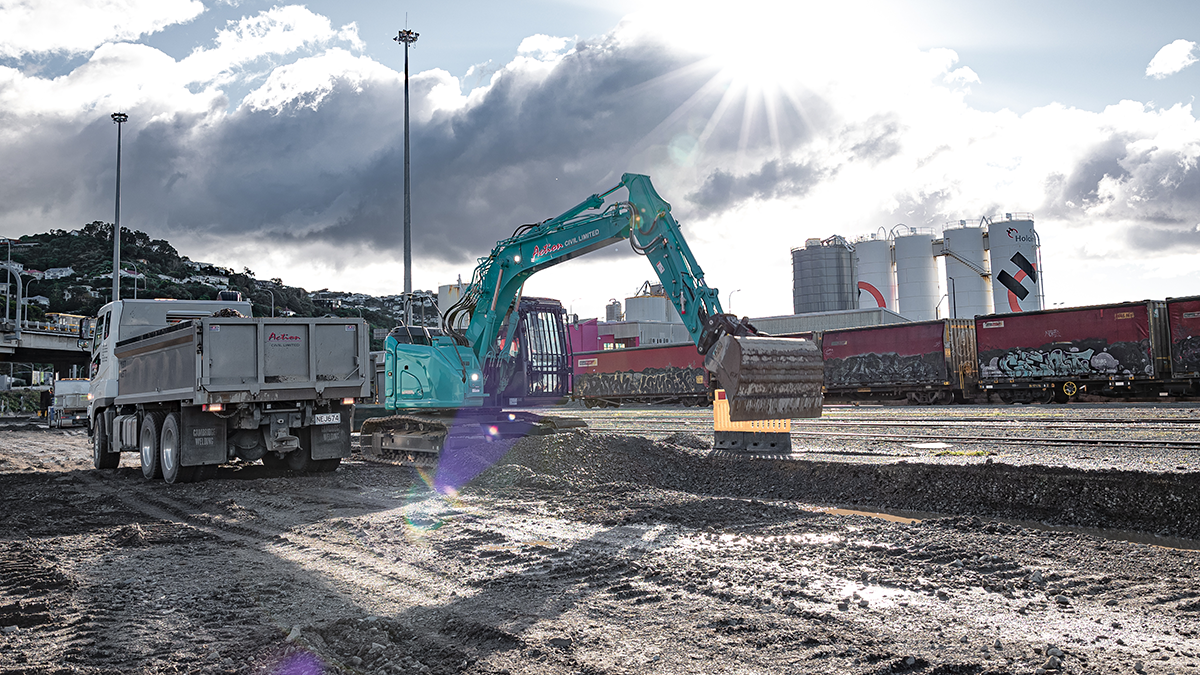