It started with Graeme Bagrie, a Bulldozer and an established but developing dairy farm in the '70s. A need for more farm tracks and increased land productivity for milk production saw the need for the development of farm infrastructure, and like many kiwi farmers, the no.8 wire tackle it yourself approach was the way to go.

The neighbours saw how effective Graeme's farm development was, and soon word of mouth about a local with his bulldozer started what became GBC from a family farm in Levin, where it's still based today.

The cyclical changes in farming meant that agricultural contracting wasn't always consistent, and like many development and civil cycles, they were rising while agriculture slowed.

The next generation of Bagrie's were also growing up around the contracting business, firmly grounded in machinery and working outdoors. So it was a natural progression for oldest son Chris to join in the family business bearing the family name.

"Like many from Dad's generation, we put in a lot of hard work to grow the business; we didn't always have the latest technology like we do today." Says Chris, who's now Operations Manager of the civil construction division.

Their hard work continued to pay off. After a few busy years in the late '90s, brother Ryan joined the business after qualifying as a Diesel Mechanic with experience in Australia and the United States.

Ryan, now the Quarry Manager for GBC's Waitohu Quarry, provides GBC's contracting arm with resource confidence and has all the business's biggest toys.

Janyne signed on in the early 2000s, initially providing administration support; she now runs all the office and accounting functions. 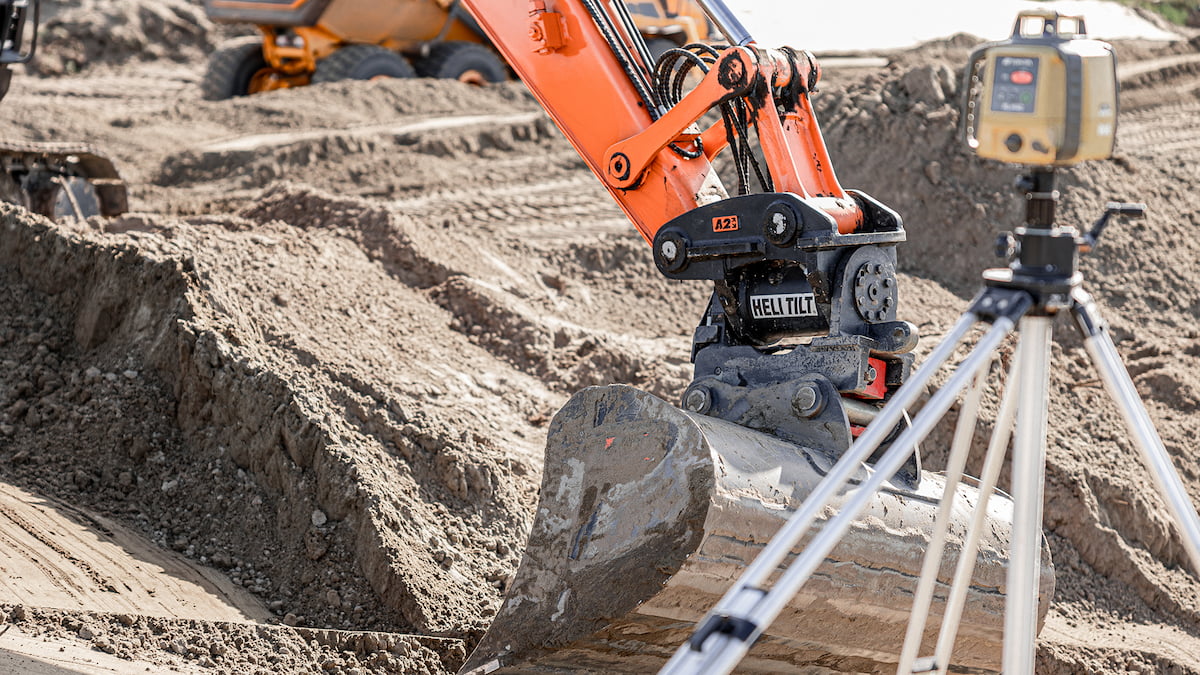 Recent events have exasperated staffing shortages in the Civil industry, and GBC is no exception; attracting and maintaining high-quality operators has been one of Chris's key concerns.

Training and further developing existing operators is an area Chris sees as providing a rewarding work environment for GBC's team of operators.

A variety of worksites, and equipment that they can become proficient on, enables more variety than the cut and dry one machine, one operator approach—helping operators stay engaged and interested in a way that suits them and benefits the business.

Technology uptake within the earthmoving industry has been on a steady upward trend with the industry, and it is the area Chris, as Operations Manager, sees as benefitting the business’ ability to complete work with less staff and machinery than the traditional process yields. 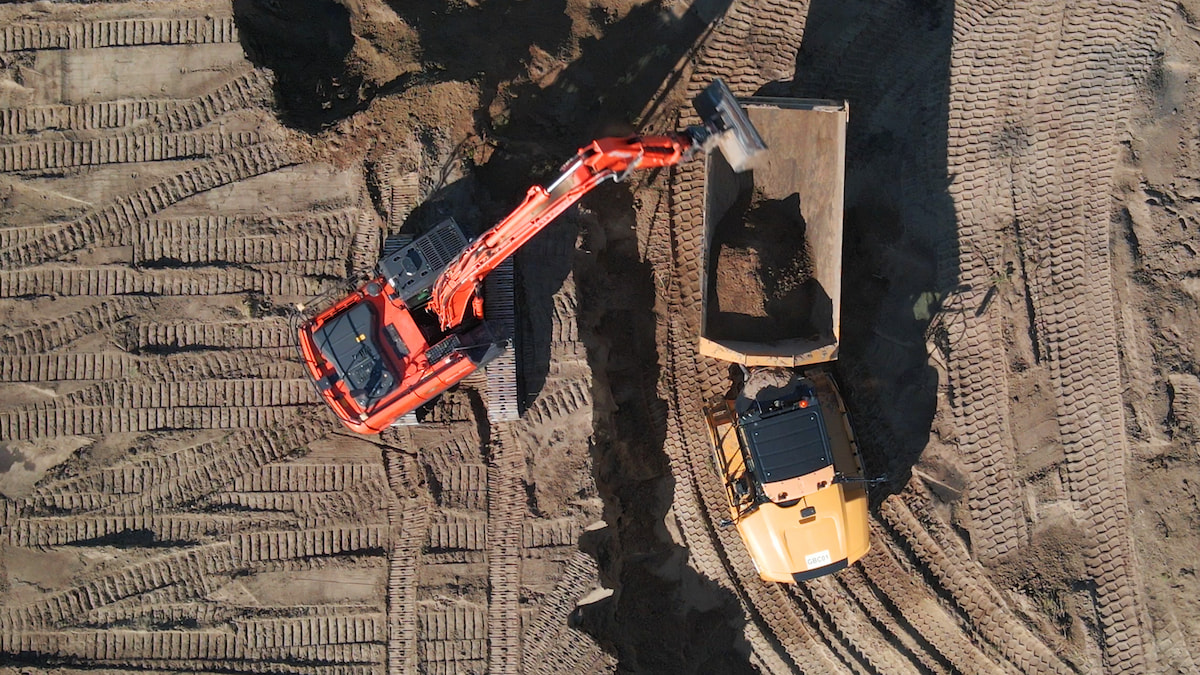 Doing more with less generally gets uncomfortable looks from those who are completing the work, something Chris stresses is not what GBC's goal is.

The focus on technology itself is what has enabled further productivity at GBC, without compromising his staff's work-life balance, something as a family man he understands.

"Even though we're getting more done now, we've reduced the amount of the more manual tasks that used to be required, saving time for the operator and making it easier overall, which is where our efficiencies have come from."

GBC purchases equipment based on a simple principle, quality, backup and price last. "We only purchase the best equipment because there's no point getting the most technologically advanced equipment if it breaks down; that's why quality and backup come before price."

Some of the latest technology deployed in the business is a suite of diggers running full 3D GPS systems integrated into Heli-Tilt units.

"There's a lot of time savings in having the GPS and Heli-Tilt with it, no tilt bucket hose changes which also adds safety with less reason to get out of the cab. And no more pegs to complete cuts, which can require surveying and frequent re-checking. Overall we can say that these things together have resulted in a 25% uplift in work done." 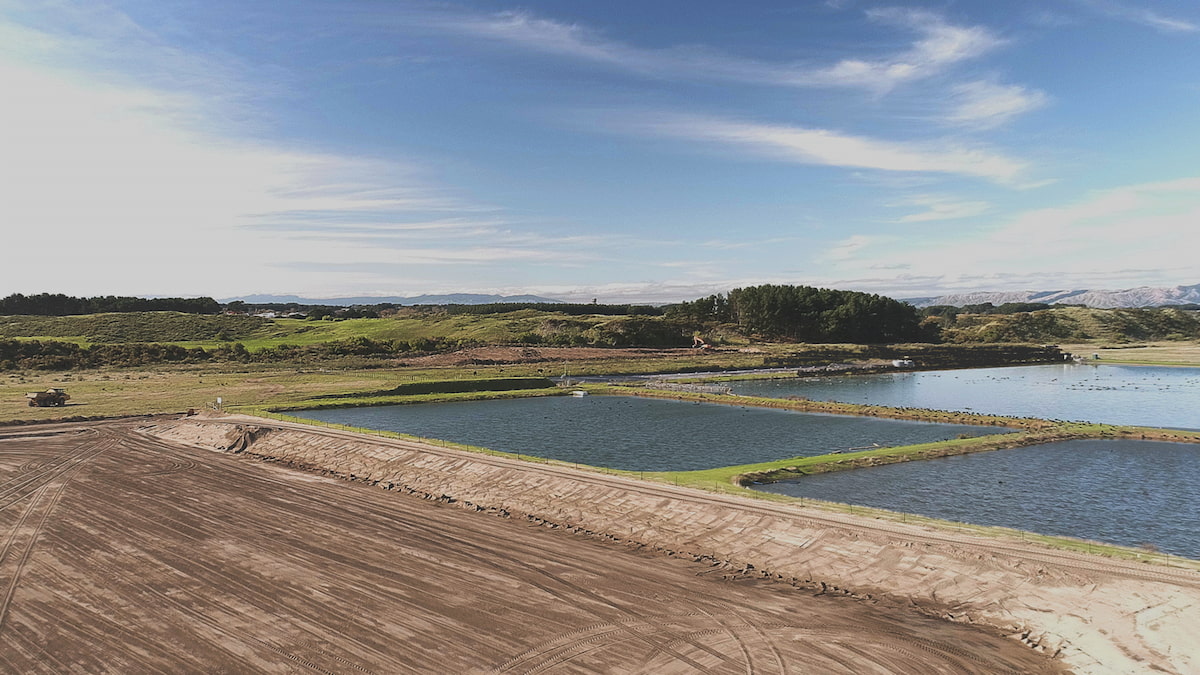 Located outside of Foxton, GBC is working on a new settling pond for treated wastewater, using 2 of their latest GPS and Heli-Tilt quipped diggers.

Operators' Hayden and Kieran have been on this project since the start and so far has involved bulking, shaping and contouring a new pond built up from a local sand resource. 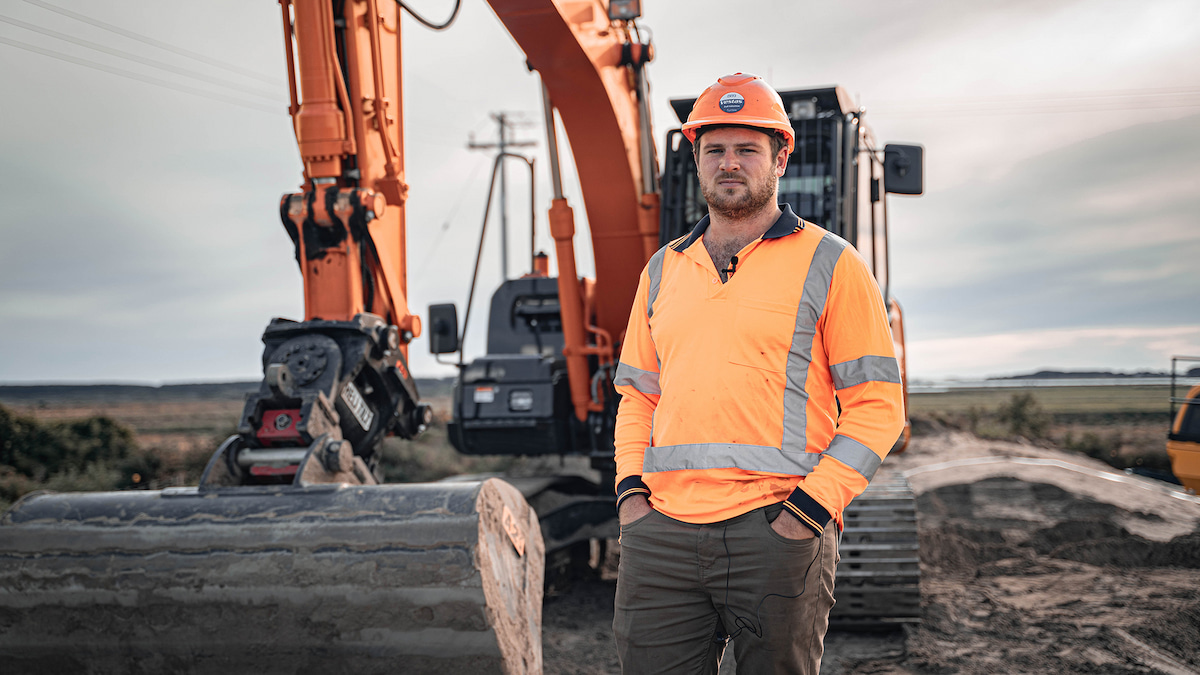 "It's like we've just upgraded sandpits," says Hayden, "It's a lot of fun with working with sand; it's easy to work with, and when it's wet, it provides a great looking result."

Speaking of using the Heli-Tilt, both Hayden and Kieran are in agreement,

"It makes things so much easier, previously changing hoses on a tilt bucket and the tilt sensor would take over 5 minutes, now it's just seconds. Which is also good as you can tilt the rock bucket, which we have on occasion used for some shaping when a rough tooth finish was needed."

More work completed over the same time frame doesn't need to be a sprint every day, although you get that, as Chris tells it, "The advantages of the Heli-Tilt with GPS far outweigh and the disadvantages. There is a bit of a learning curve from the traditional, but the results speak for themselves."