Steve Turner the owner of SJT earthmoving is an example for people wanting to move into their own earthmoving and wet hire business. Starting out in 2015 on his own, with one 25 tonne excavator and some industry experience, he’s learnt quite a few things on the way to running a small family-owned business that now services clients right across Brisbane.

Having been around trucks and tradies his whole life, earthmoving wasn’t something that he had really thought about until he got into it.

“It’s funny, I’ve been around trucks all my life but wasn’t around earthmoving, I’m not a second or third-gen earthmover, my family were all tradies, It was just something that I started on the ground and it grew on me haha, I’m buggered now!”

Between then and now Steve has managed to collect quite a bit of experience with everything that is earthmoving, over the course of the last 25 years. “Everything I’ve done, I’ve done my own way, I’ve learnt the hard way, I’ve made some bad decisions and I’ve made some good decisions, but that was just business.”

Though Steve has created a name for himself as a “small family-owned business” his work is of a standard that reflects that of a much larger fine-tuned one. “I’m in the machine all day long, I find the work and the wife does all the paperwork and runs all the background tasks, we are in every sense a small family business.” It’s in this sense of identity that Steve places his values for the business. Family values such as passion, honesty, presentation, communication, and solid relationships are what he believes to be the keys to running a good business.

“Not every business that is a family business is small, some of them get quite big, and a lot of them that get bigger seem to forget those family values and lose sight of where they started, that’s not what we’re about.”

Keeping his team small and making sure they’re all on the same page, Steve’s relationship with his staff is laid back, easy, and encourages his “boys” to be passionate while being happy with what they do because, passion is how he started, and to him, is the best value to have. 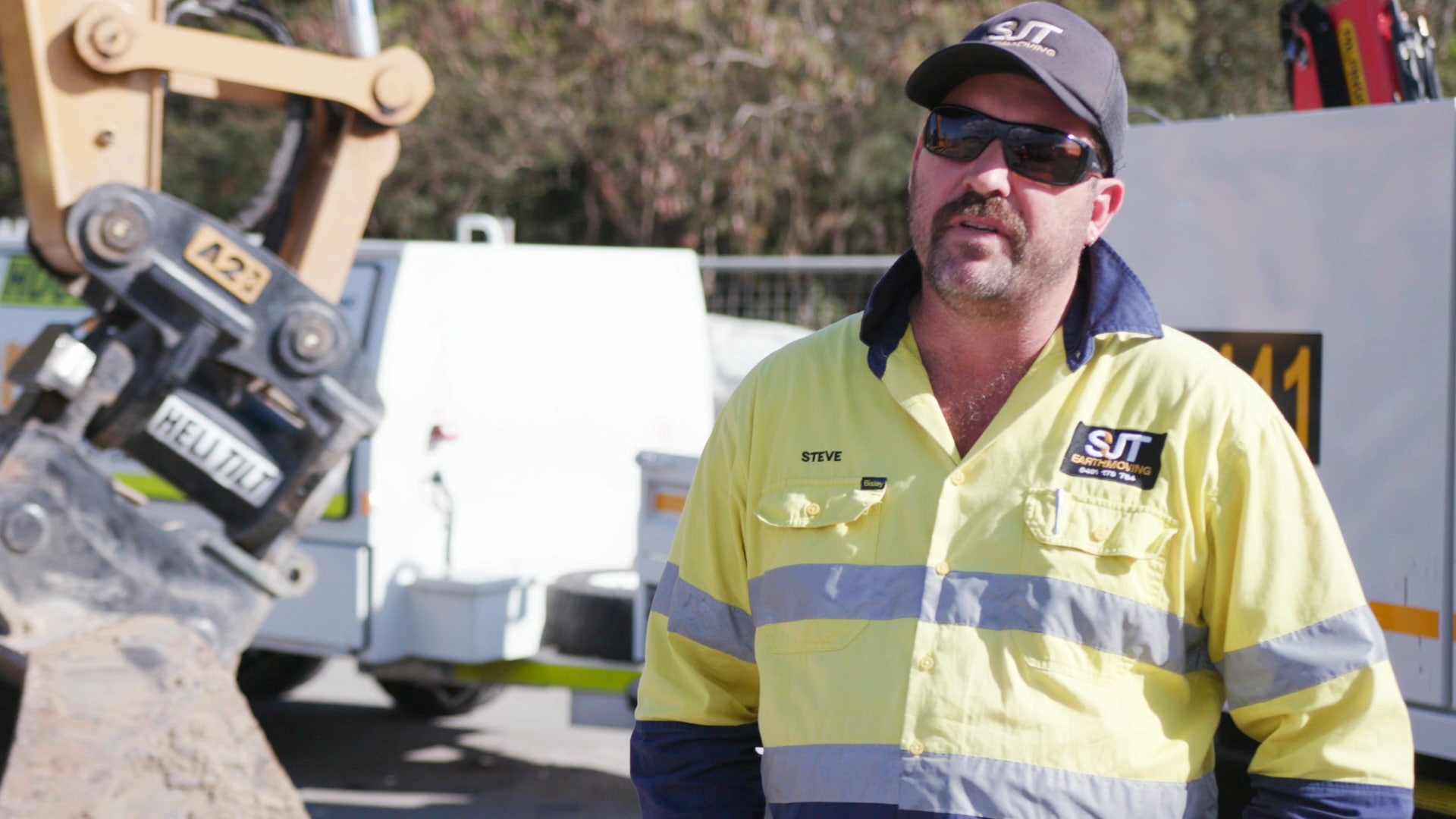 “The big one I think is just real passion, passion for the industry and honesty… Anyone can throw a machine out on site but it’s the little things that make a difference, and you only get staff that take care of the little things if they are passionate.” Steve believes that passion is directly responsible for his success, “when people are passionate about what they do and are happy, that’s when they do good work.”

Setting SJT apart from the rough is the standard they hold themselves to. Starting with self-presentation, it’s evident that both Steve and his employees care about their company image. “Leaving the site tidy, tidy gear, tidy work, and yourself, your self-presentation are all things that people remember, all these little things that people notice at first, and first impressions last.” And it doesn’t stop there, with his focus on quality over quantity, Steve’s clients know that when they need him, they're going to get “quality gear, with quality operators, that will do a good job.” 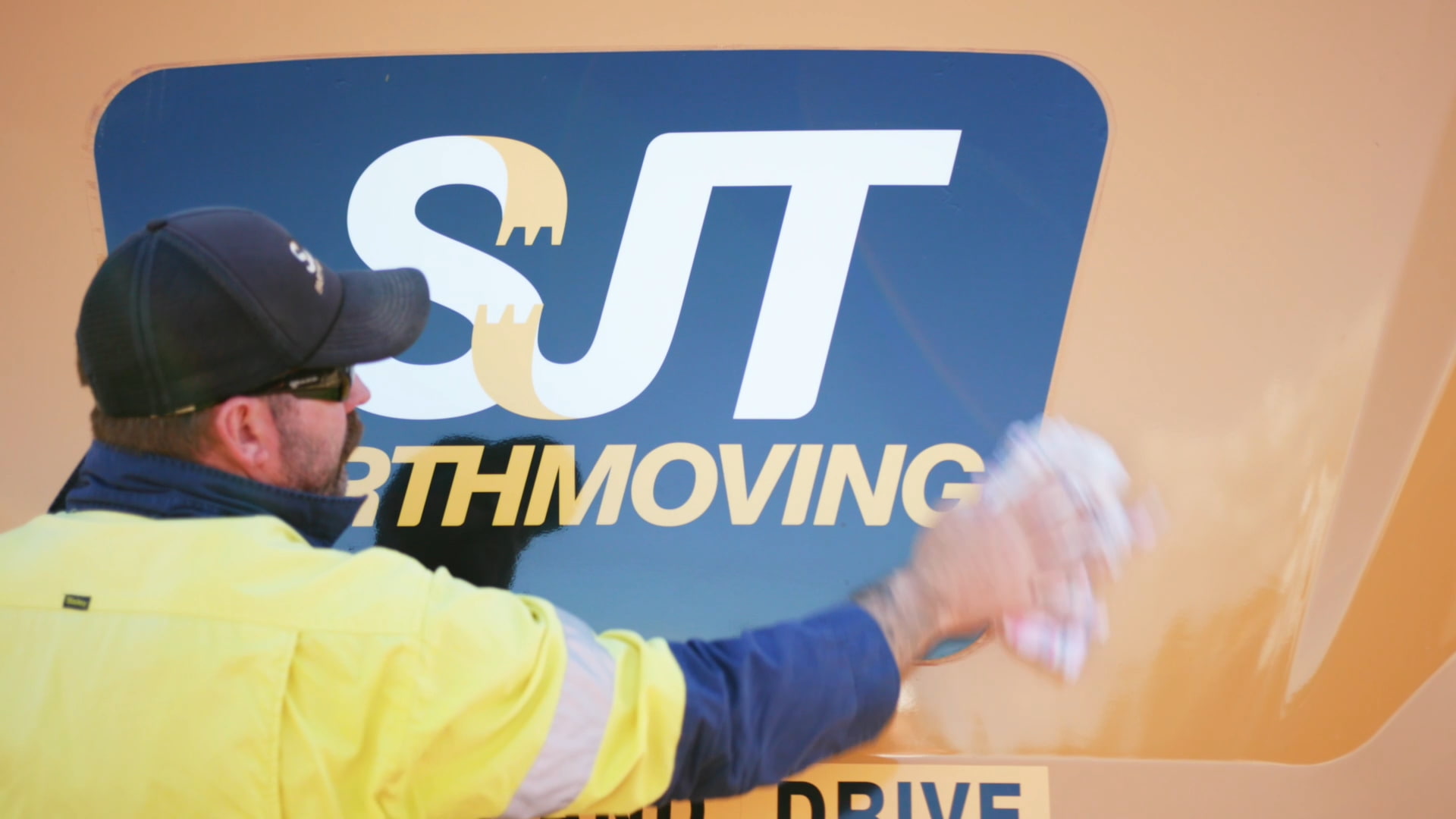 Having been in the earthmoving industry for quite some time, Steve can be considered as an expert in the area of excavator operation and tilting hitches. His journey as a growing business started out with a JB PowerTilt on his first machine which was a Sumitomo 25 tonne. Over the following 24 years, he grew to know and love the machines and attachments alike due to their predictable and solid performance. Steve expressed that when it was time to buy new machinery, it only felt natural to move to the Heli-Tilt when purchasing his new Cat machines. “Ive done thousands of hours on the tilt hitches, anything from 8-25 ton machines, I haven’t been on a machine that doesn’t have a tilt hitch on it for the last 10 years. Starting on the original JB when they were selling and since then it’s been A2 all the way.”

Owning equipment is only a small part of the wet hire business for Steve, he puts particular importance on maintenance. In the wet hire industry, it’s a really bad look when a machine breaks down on the job, to negate this Steve has some pretty simple yet strong tactics. “We have minimal downtime, we maintain our fleet well, and we just get good gear.” 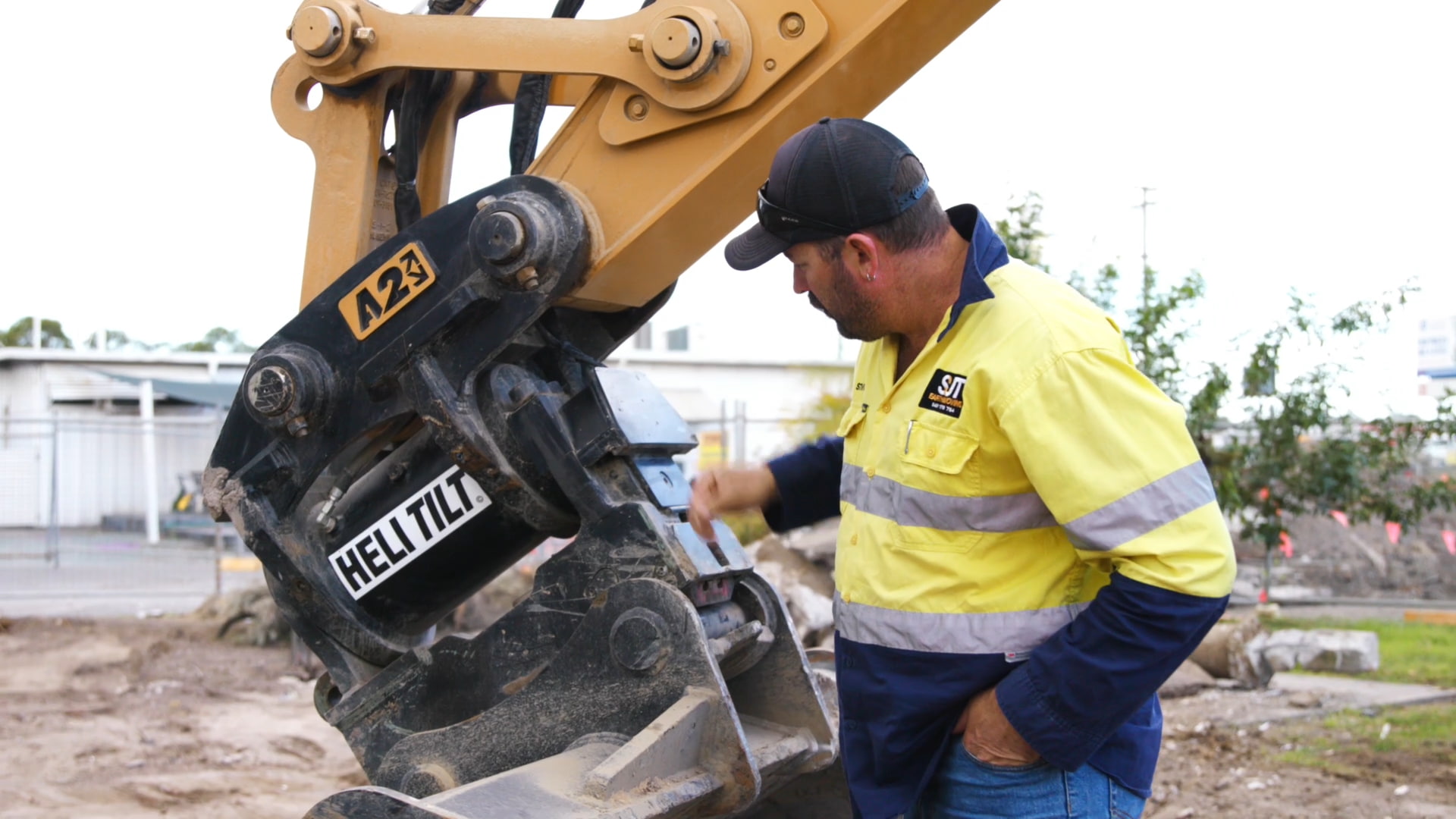 It’s these values that Steve looks for in his equipment suppliers and business relationships in general. He chooses to work with specific companies based on “word of mouth and referrals from other people that he trusts,” which means that he only gets suppliers that have been tried and tested. Wanting to nurture long term business relationships, Steve pays special attention to how the supplier deals with their customers. “Downtime happens, it’s how the supplier deals with it which keeps me coming back, look we are in earthmoving, stuff goes wrong, it’s how we deal with those issues is that matters.” Once a supplier has shown the qualities Steve looks for, he doesn’t go anywhere else. “I’m a loyal sort of guy, I’ve got the 1 fitter that does all my work, I’m trying to get all my machines the same, so I just deal with the same people.” 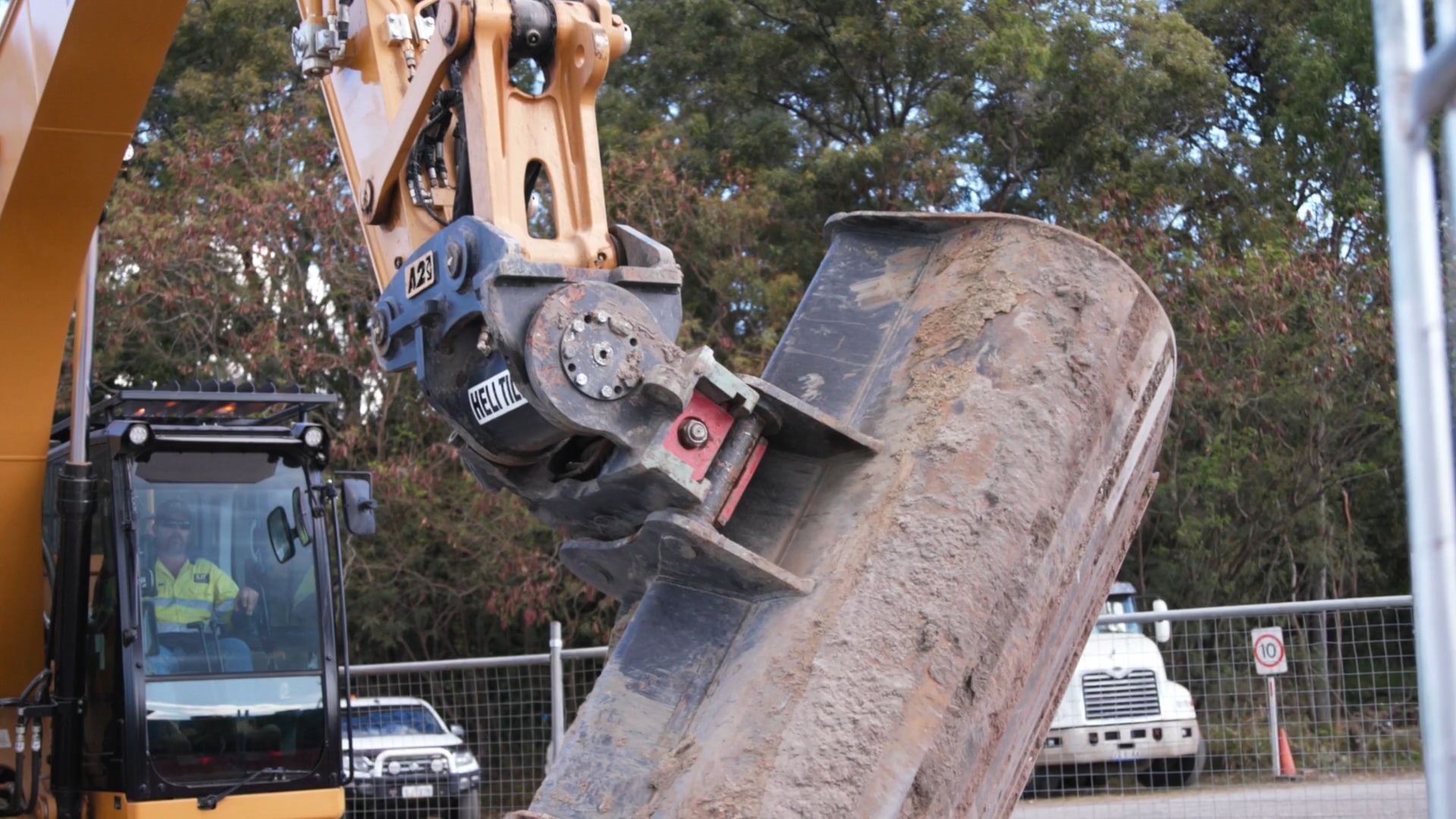 Attach2 is one of those companies which has gained Steves loyalty both through support, and a strong product, with Steve saying, “If I was to get another machine tomorrow, there’d be no question it’d be running the Attach2 hitch, I’m on about my 6th excavator and lets put it this way, I’ve never even had another hitch quoted up.” From Attach2’s end, we can say the same of Steve and SJT, they’re solid customers whose strong values are evident in their work, and we look forward to a long relationship!