Sinton Contracting Ltd runs a busy operation that sees it carrying out work throughout the country. The team has always insisted on using quality equipment. One such tool in their kit is the A2 Heli-Tilt, which ensures fast and safe attachment coupling.

Operating since 2018 from a Taumarunui base, Sinton Contracting Ltd is a business that’s going places — literally. Their work sees machinery working from the Far North to Bluff. Company co-owner Justin Sinton and operator Aaron Lansdown had just finished preparing a new 16-tonne Hitachi ZX135US-7, which has been kitted out with the latest A2 Heli-Tilt™ coupler supplied by Attach2. The machine was shortly due to be loaded onto a transporter and delivered to a rural site for the first job of its working life. In fact, the equipment is so new that Aaron has only just taken the controls for the first time, although, he’s entirely familiar with Hitachi and A2 equipment, both of these being mainstays of the Sinton work fleet. 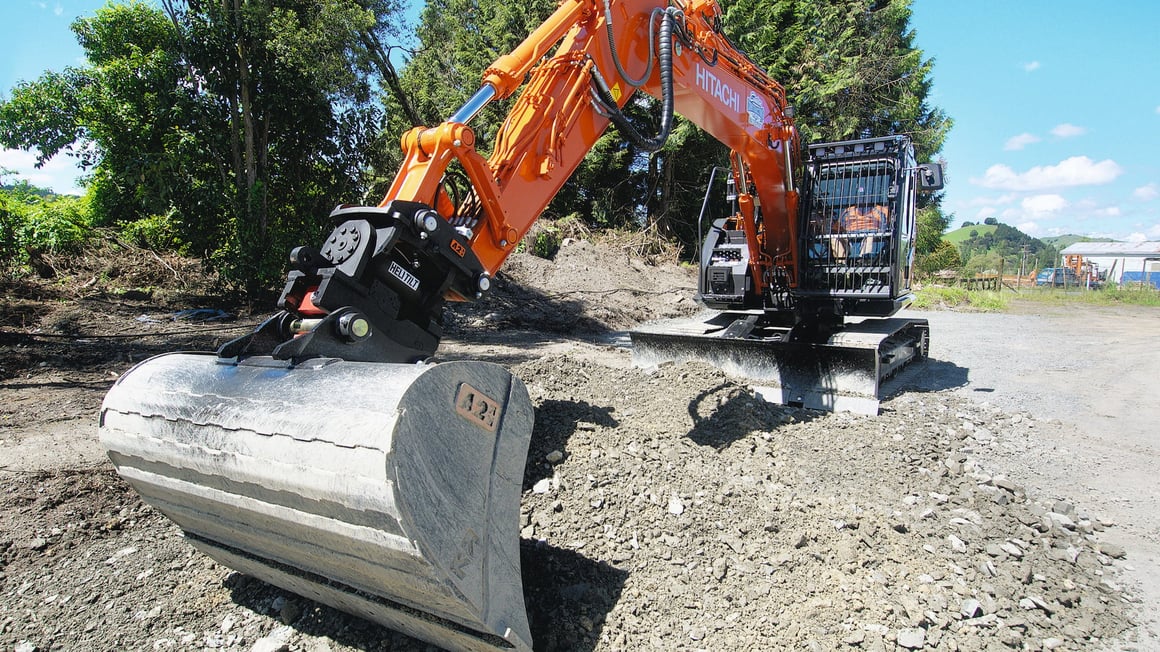 Under the leadership of Justin with his partner and fellow co-owner Kirsty Josephs, a large focus for the business is preparing blocks of land for carbon sink projects, which often means turning unproductive rural land into large forestry plantings. “We don’t do harvesting,” says Justin. “We’re more at the beginning of the cycle. We also do a lot of forestry maintenance and tracking, farm work, cart a heap of fertiliser, transporting, baleage — that kind of stuff.”

The family lineage in contracting and transportation goes back a long way, with both Justin’s father and uncle well-known in the industry. “My dad sold up most of his gear when I was younger and we moved to Blenheim for a few years before I came back around 2010 and started driving diggers for my uncle out in Aria (Waitomo District),” says Justin. “I was only a young fella when I started and left as a boss, which is when I went out on my own and we purchased our first machine.” It’s fair to say that the right attitude and support from a top-rated small team, which includes Justin’s brother Daniel aka Blue, has seen the business secure its share of good clients over the last few years, enabling the company to follow their goal of purchasing quality hydraulic work tools, which now numbers five excavators plus trucks and ancillary equipment. Last season, the business had up to 12 diggers working across a number of different jobs, which may explain why Justin hasn’t yet managed to trade a machine in on a new one. “When starting in business I said we’d trade each machine when purchasing a new one, but we haven’t done that yet,” says Justin. “One day maybe.”

“Those Heli-Tilts are pretty good,” says Justin. “This is the second one we’ve got, but I’ve dealt with Attach2 since we started and prior to that when I worked for my uncle.” Numerous Attach2 supplied pieces of kit are homed on Sinton Contractor’s asset list, consisting of buckets, grab buckets, root rakes, picks, grapples, and the new A2 wide bucket fitted to the Heli-Tilt coupler. “What I like about the Heli-Tilt is the wide range of movement — almost to 90 degrees left and right,” says Justin. 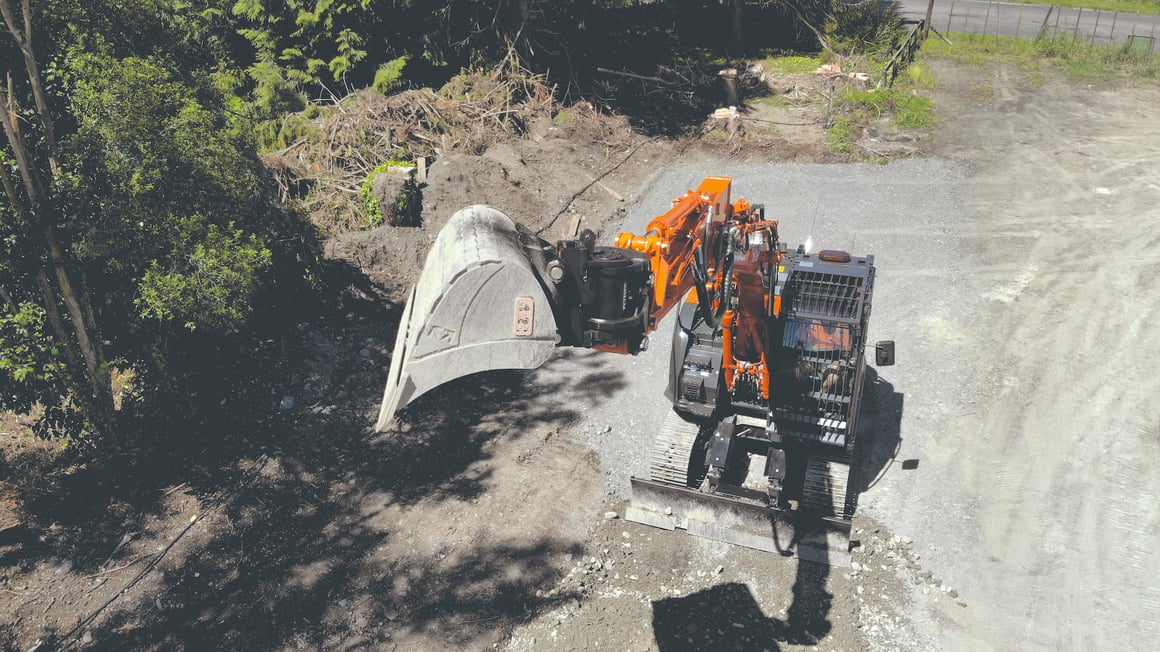 “Having that versatility allows us to scrape batters a bit steeper or perhaps lay a culvert easier. It enables us to be more efficient when creating a finished product for our customers. We can complete things faster and move on to the next project. You can even push posts into the ground with them. It’s a bit of technique, but you can do a bunch of things with a Heli-Tilt that don’t normally come to mind.”

Other than the versatility of Heli-Tilt Couplers and the wide selection of other equipment, one of the primary reasons Justin chooses to purchase his hardware from Attach2 is the back-up and service he receives from the business. “You get any dramas and you can ring them up and they’re there. Whether it’s a damaged seal or a shaft, they will sort it immediately — the back-up, it’s first class. I don’t care what anybody says, you can’t beat it. “Tilts have come a long way,” says Justin. “Chances are you’d find it difficult to go back to a traditional tilt once you’ve gotten used to a Heli-Tilt. “Our people are widely spread so we try to provide them with the best tools to complete their work and so they know we value their contribution to the business. I know the quality equipment we use helps push our business forward. We’ll ride the wave for as long as we can.”