At the end of last year, we got the chance to catch up with Chris Kendrick and Shaun McKenzie of Bay Civil Ltd from Tauranga. Their story starts over 60 years ago in 1957 when Chris's father in-law Evan Evans began E.W. Evans Construction. Some 38 years later in 1995, Chris took over as Managing Director, and the company was rebranded as Bay Civil Limited.

In recent years as Chris has slowly stepped back from managing the company, taking on two business partners, Shaun McKenzie – Plant and Operations Manager and Mike Speed – Contracts Manager to help run the business. 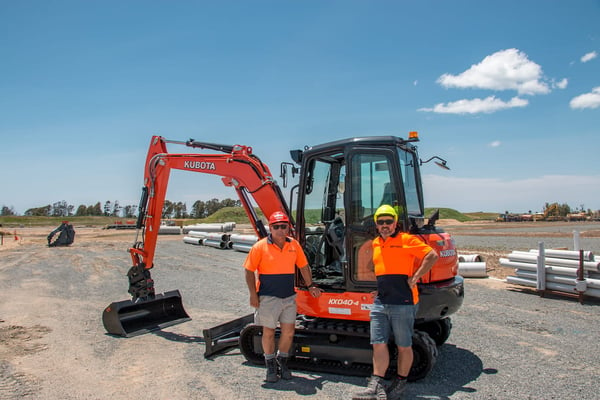 Bay Civil specialises in drainage, especially beneath the water table and completes a range of works from curbing and roading right through to the finished article you see at the end. Working mainly in the Papamoa area of Tauranga and more specifically on the Golden Sands subdivision & retirement villages for the last 25 years. Bay Civil has enjoyed a steady flow of work, developing this stunning part of the country, which has only continued to flourish in recent years.

Now moving into the development stage of the retirement villages, the smaller diggers comes into play a key role in their fleet, which ranges from larger 30-tonne machines down to their 1.8-tonne mini diggers. Now equipping their fleet with Attach2 Heli-Tilt Couplers – first sighting them at R&R Tractors, Shaun immediately recognised the benefit of their compact profile, and low weight combined with the ability to tilt 90° each way. Previously, Shaun was didn't feel confident in fitting Tilt Couplers to any excavator below 4 tonnes due to their weight and length unbalancing the digger at reach. 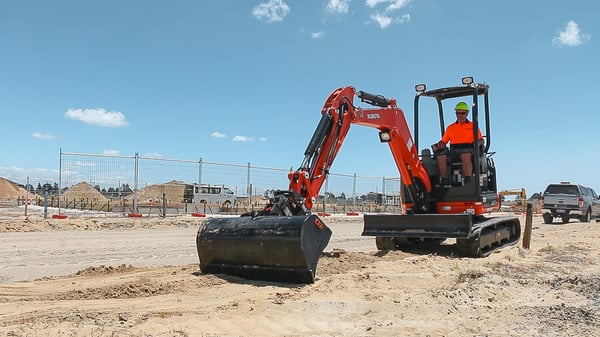 As a qualified Civil Engineer and Land Surveyor, Chris has a keen interest in the latest 3D GPS technology. Shawn explains to us how important GPS assisted machine control is on a site like a retirement village with levels changing more frequently than a typical subdivision; the site requires gradual grading of footpaths and driveways. In the past, they may have half a hectare that is just one level, whereas now, within that half-hectare, there be a dozen level changes. The GPS is critical in helping them decipher this as they are working. The machinery is all set up with the same GPS control system in it (which is synced with engineer and surveyors' systems). As they work, the system gives them all the level changes automatically, saving them time and potential re-work, in addition to an accuracy of 20mm, as opposed to 100-150mm it has been in the past.

The goal for Bay Civil is to strengthen and refine the company's core foundation and get better at what they do. Keeping their gear up to speed, especially with the GPS, is key explains Chris, as well as getting in more fishing!