In Demolition, Dreams Do Come True

As operations manager for Greenway Demolition, Deno Davis enjoys playing on his 24-tonne excavator, especially now that he gets paid to do it on camera for the Discovery channel.

Deno helped start-up Greenway Demolition in time for Season 3 of Demolition Down Under, something he’s understandably chuffed about:

“It was my childhood dream, being on TV.”

Demolition for residential areas, rural properties, asbestos removal, gutting out the old Sea World building in Queensland… the list of jobs goes on. 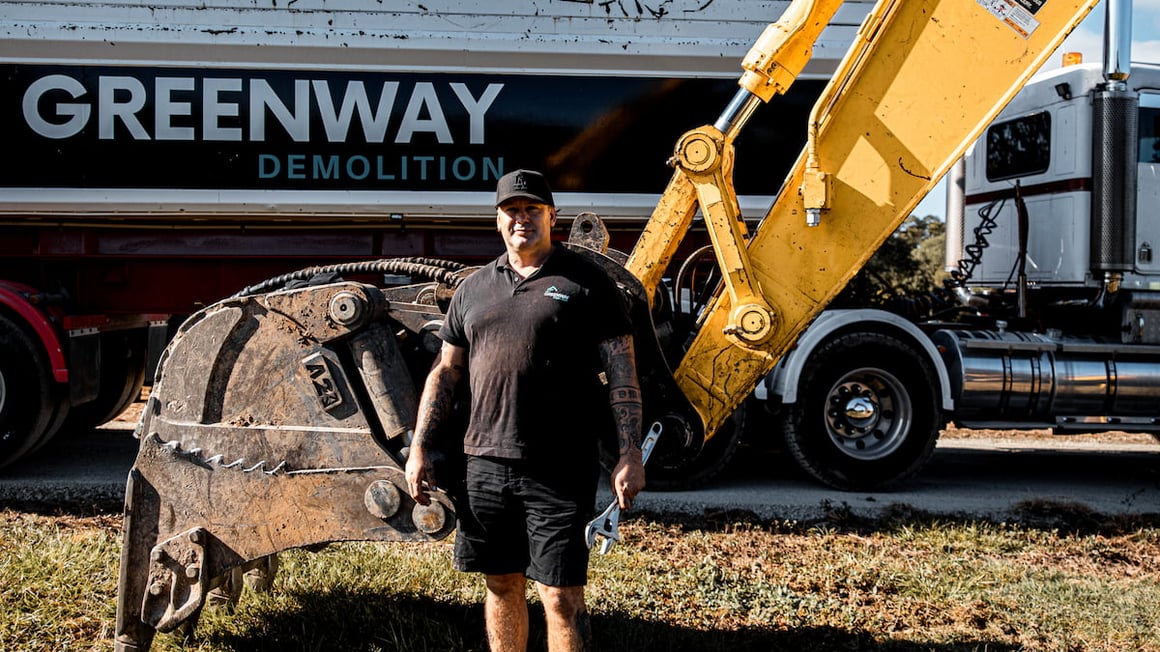 Greenways Demolition also hires smaller machines around 3-tonnes for residential work that require finesse to avoid certain obstacles “Overhanging branches and such,” along with labourers for extra muscle as needed.

Deno himself has spent the last 5 weeks “in paradise”, watching wild dingoes trot out of the bush on a rural property undergoing subdivisions by developers.

“Something a bit different. I’m mostly by myself; there’s less noise.” 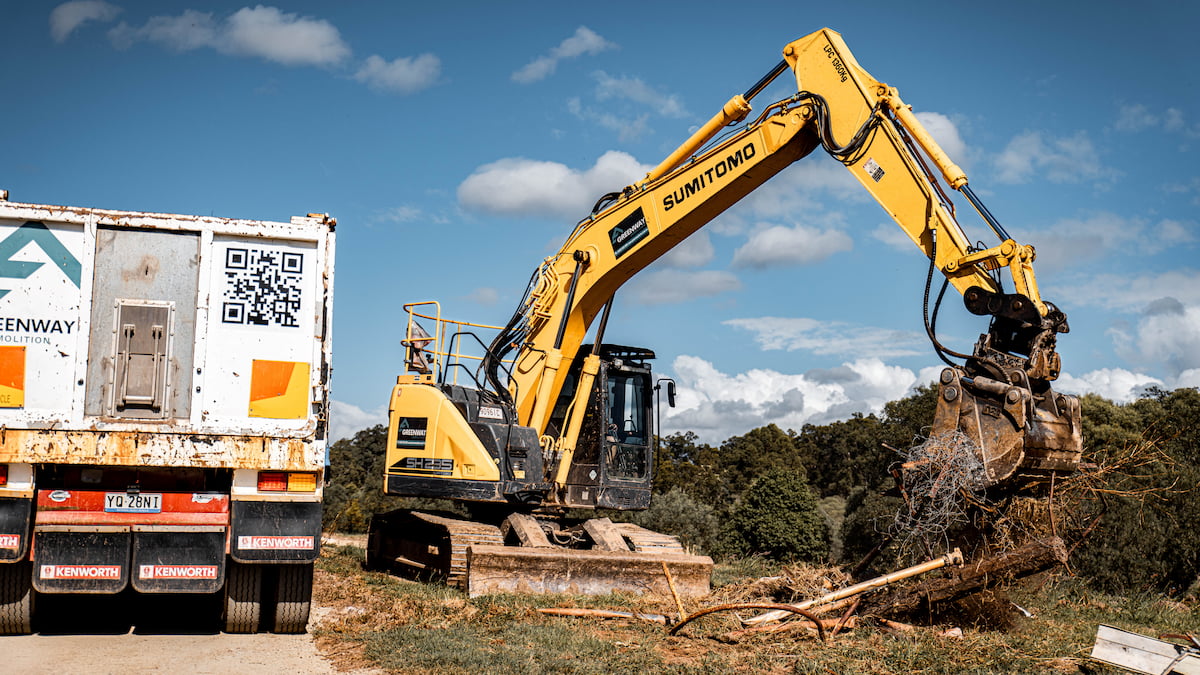 Alongside his newfound fame, Deno’s also discovered a knack for educating and entertaining viewers at home by showcasing his exploits in the demolition industry.

When asked if all the cameras get in the way of hard work, Deno doesn’t skip a beat:

“Nah… just slap some Go-Pros on the digger.”

Even if the film crew sometimes ask Deno to stand in a certain spot to catch his good side, they haven’t slowed him down.

A natural storyteller, Deno is both social media savvy and an experienced operator. Nowadays, he keeps more to the machine side of things. He remarks on how he struggles to keep up with the younger fellas when it comes to manual labour.

“Too many sporting injuries. Haha.”

“The front end of it’s too heavy for delicate grabbing.”

Deno sings a different tune about the A2 All-In-One Bucket on the boom of his 24-tonne baby.

“It’s an awesome bucket… Instead of having to keep swapping attachments, I just use that.”

“The Bucket digs fine… the jaws are beautiful for branch snapping, picking stuff up...”

Deno goes on to extoll the grass-scraping abilities of the back cutting edge, the All-In-One’s hammering capabilities, and the utility of the jaws for tree removal. It’s the versatility that sold him on our product.

“Saves so much downtime; one and a half hours a day. Time is money. Time is jobs.”

Too right, Deno, too right. 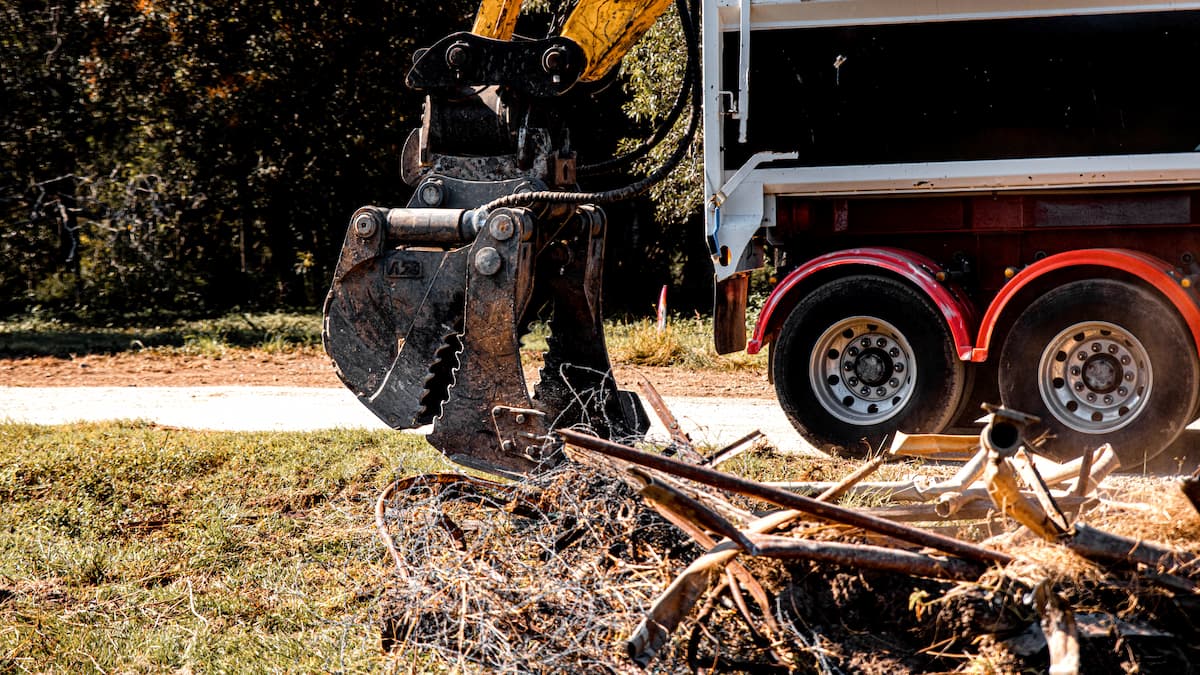 “It’s not what your one is. Not as strong,” he adds helpfully.

Deno still sees room for improvement. He’s found the corner of the All-In-One’s jaws start to bend outwards after weeks of constant chewing on rebar and harder materials.

“It’s just that first point of contact where there’s a slightly weak point.”

Not a big deal, but a feature A2 should consider reinforcing in future models, he suggests.

Still, Deno reiterates he’s a fan of the All-In-One and the finesse it affords him

“It allows you to just gently tilt and grab objects delicately... The ultimate bucket really.”

For those readers who want to learn more about Deno and his adventures, the first 3 seasons of Demolition Down Under are available on Discovery, with Season 4 underway.

As Deno puts proudly on his LinkedIn profile:

‘Check me out smashing some stuff 😎’