Hawke’s Bay, or ‘The Bay’ as it is colloquially known, is the home turf of long-established family business Drainways Contracting Ltd where they are using Attach2 supplied tilt-motors on two 14-tonne excavators. 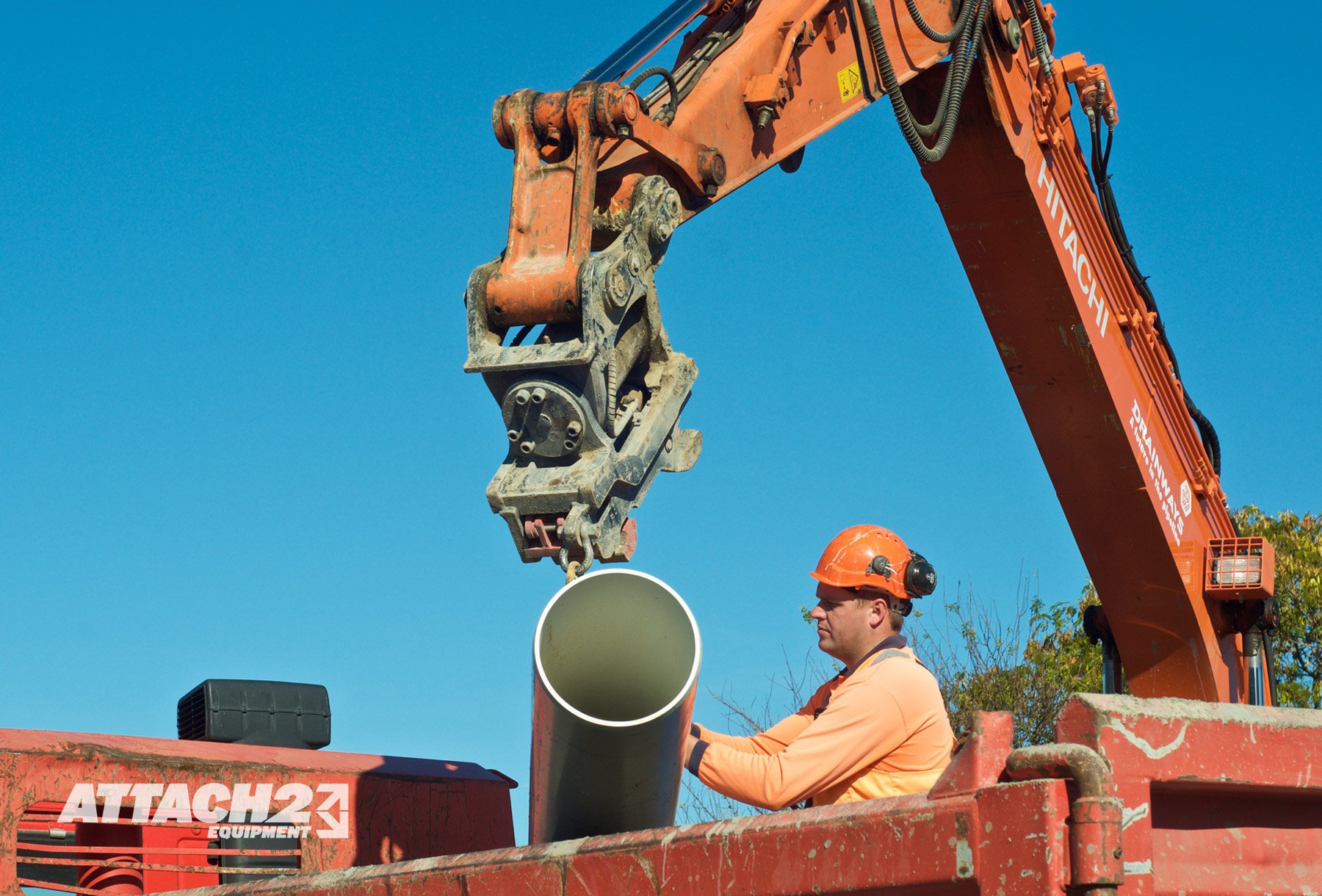 Tilt-hitches, tilt-motors, and twist-hitches are becoming more commonplace these days, and while most brands have their own special name for the units, essentially they perform much the same function, which is, enabling a bucket or attachment to tilt left or right from the horizontal position.

Having said that, manufacturer models come with varying degrees of tilt, and operators will usually have their own opinions on what tilt mechanisms are suitable for certain types of work and that’s where Drainways seem to have found their ideal tilt.

“We all know that shoveling costs money, so the versatility of these tilts significantly reduces manual labour”

Carrying out drain laying on busy stretches of a road in the middle of suburbia is not for the faint-hearted and requires a contractor to up their game, especially when unmarked services can have the potential to turn deadly, space is at a premium, and traffic flows need to be maintained the best they can.

Going along with all of this is the need to keep affected residents informed and happy, as well as preventing nosey members of the public from falling into trenches and keeping them away from moving machinery. With all this action going on, it’s all quite bizarre that temporary site fencing is a relatively new addition to street works.

So, it’s in cramped, busy, and sometimes noisy conditions that brothers Jayden and Carlton Currie are working with their capable teams, replacing more than half a kilometre of public sewer line in a job that has a four-month deadline from start to finish.

“We’ve been on the job for a bit over seven weeks, and we’re making good progress so far,” Carlton says. 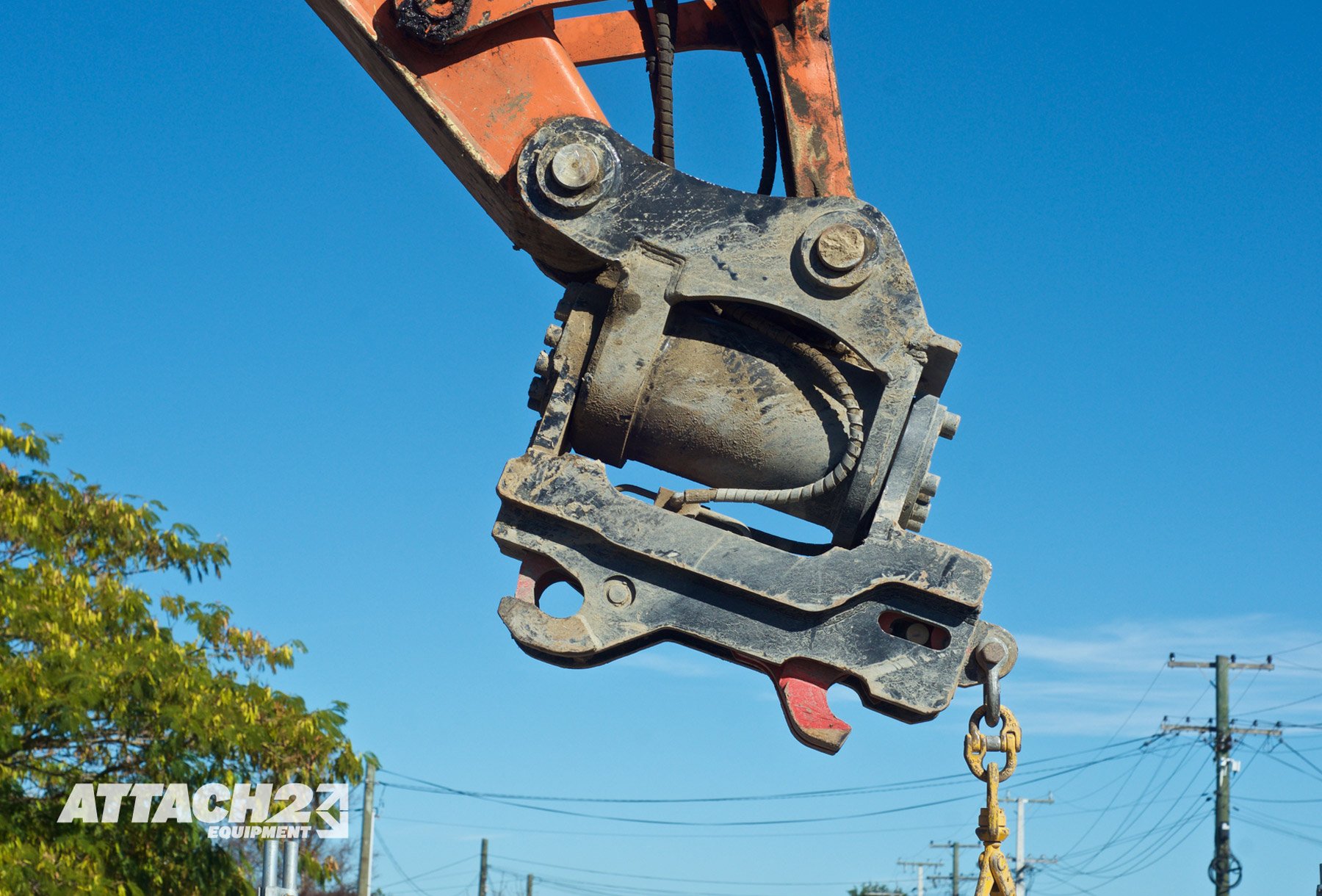 Drainways Contracting Ltd in its current form was started in the mid-1970s by Jayden and Carlton’s father Owen. The two brothers look after the practical side of the business while a third brother and joint company director Mark looks after the administrative side of the family-run company.

“We have 14 staff, and these are generally split into two teams, which Carton and I look after, but at the moment, we’re waiting to start on a subdivision, so most of our people are working here, which helps speed things along,” he says.

Fitted to two of their 14-tonne excavators are Attach2 tilt-motors, and Jayden reports that their business has found these units ideal for their job sites.

Attach2 says the tilt-motors allow attachments to move up to 90 degrees left and right, with the motor mechanism being made in Germany, then married to Attach2 proprietary parts to provide a quality standalone unit that the company considers is one of their must-have products.

Working around services and existing structures such as manholes are where Drainways tilt-motors come into their own, Jayden says.

“These units really prove their worth when we have to clean around manholes or other underground services,” he says. 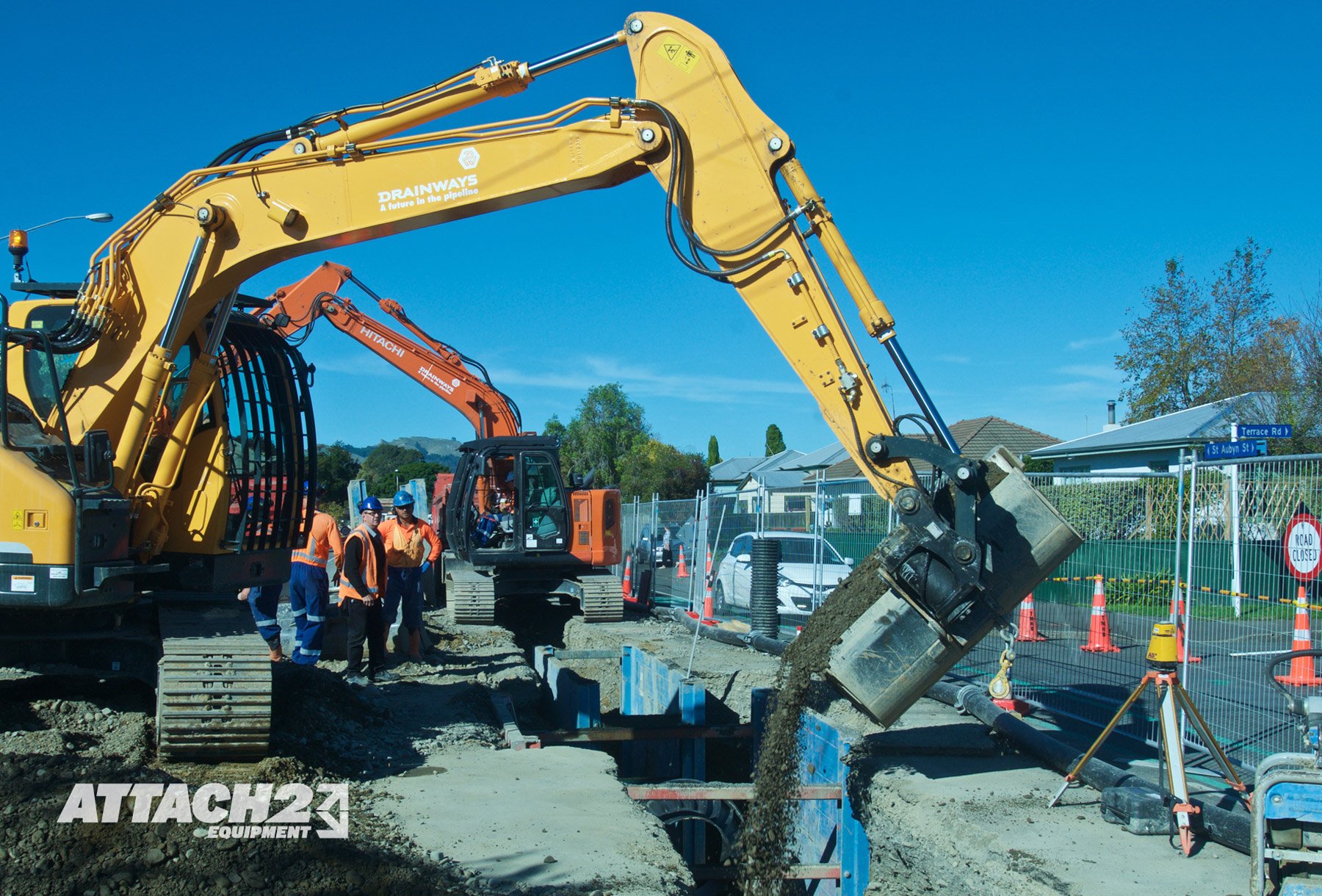 Tested on the job

The Attach2 tilt-motors have been fitted to both machines for two months and Jayden says the units have been extensively tested in ‘real job’ environments.

“We carry out such a large variety of work these days, from earthworks, foundations, car parks, to commercial drainage. You name it and we’ve tried these tilt-motors on them,” he says.

Some of the features Drainways has found beneficial is the safety of the double-locking coupler and the lip that requires the tilt-motor to be fully crowded out before a bucket or other attachment can be released.

“The safety features of the tilt-motor ensure our people are kept as safe as possible, and I like how you have to crowd the unit out before it will release. It just adds another level of safety to the whole bucket changing operation,” Jayden says.

Drainways has also recently coupled Attach2’s Mark III Elite bucket to one of the machines and combined with the Attach2 tilt-motor report that working in unison the two units are a match that could be difficult to beat.

“Truly, this bucket combined with the tilt-motor is the best I’ve used”

“They’ve got the bucket spot-on and it is flared just right.” 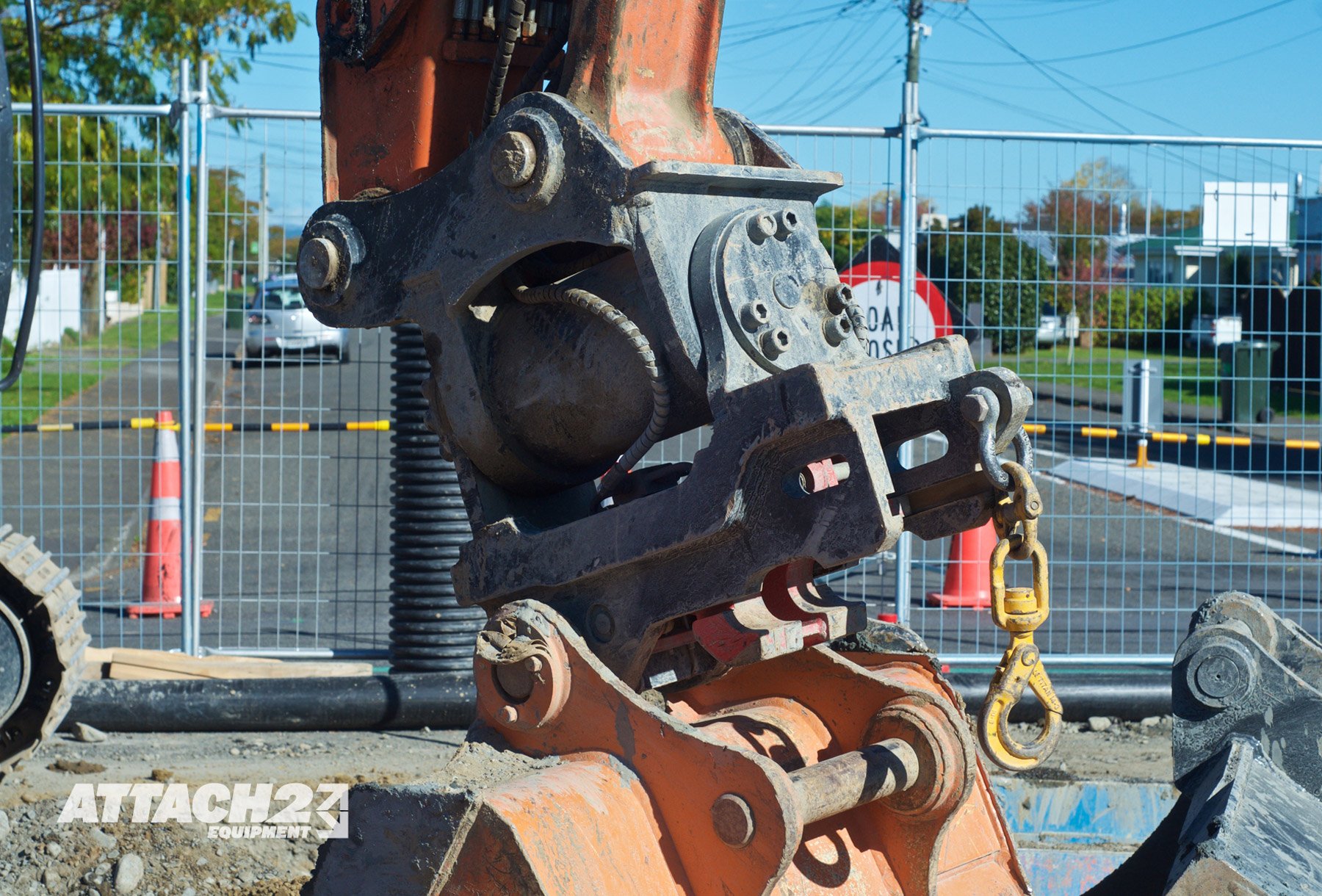 Going along with fit-for-purpose use of the Attach2 tilt-motor and Elite bucket, Jayden says support and backup from Attach2 helps keep equipment working at all times.

“We have found the staff at Attach2 knowledgeable and helpful, so knowing support is close at hand gives us comfort that we are using equipment supplied by a reputable company,” he says.

One year on from launching the Mini-Tilt, we look back on this new product's success that has proudly been put to work on..

Jayden Currie from Drainways Ltd in the Hawkes Bay tells us how he likes their two new A2Lock Tilt Motor Couplers and how they..