How The Heli-Tilt Actuator Works

Product Explainer How it Works

The Heli-Tilt is made up of 2 main components, the Sure-Grip coupler base, and a Helical Actuator. The Sure-Grip is an automatic quick hitch that enables the changing of attachments from the cab without outside manual operation and has been covered in some of our other articles, so to keep it short we will focus on the actuator.

Simply put, a helical actuator uses hydraulic pressure and helical-cut internal gears which create a mechanism that has the ability to rotate. The Helical Gears internally are essentially similar in appearance to rifling on the inside of the barrel on a gun. They are cut at a continuous angle to achieve smooth actuation effectively eliminating the possibility for chatter. The below image illustrates the specific type of cut used.

This machining allows rotational motion to be generated through a linear moving piston. As hydraulic pressure is applied to one end of the piston, it will move down the gear shaft which produces rotational motion. The below diagram shows a cross-section of the internals of the helical actuator.

The yellow Part is the outside casing of the actuator (Barrel) and has teeth cut into the inside of it which meet the piston. The green bit is the piston that has helical cuts on both the outside and inside, this part is what is engaged by hydraulic pressure and moves in a linear motion. The red part is the gear shaft which is what rotates due to the piston sliding up and down. As Hydraulic pressure is applied to the piston it can only move horizontally along the splines which cause the red gear shaft to rotate. When viewed externally, the only visible movement is the rotation of the shaft relative to the barrel. 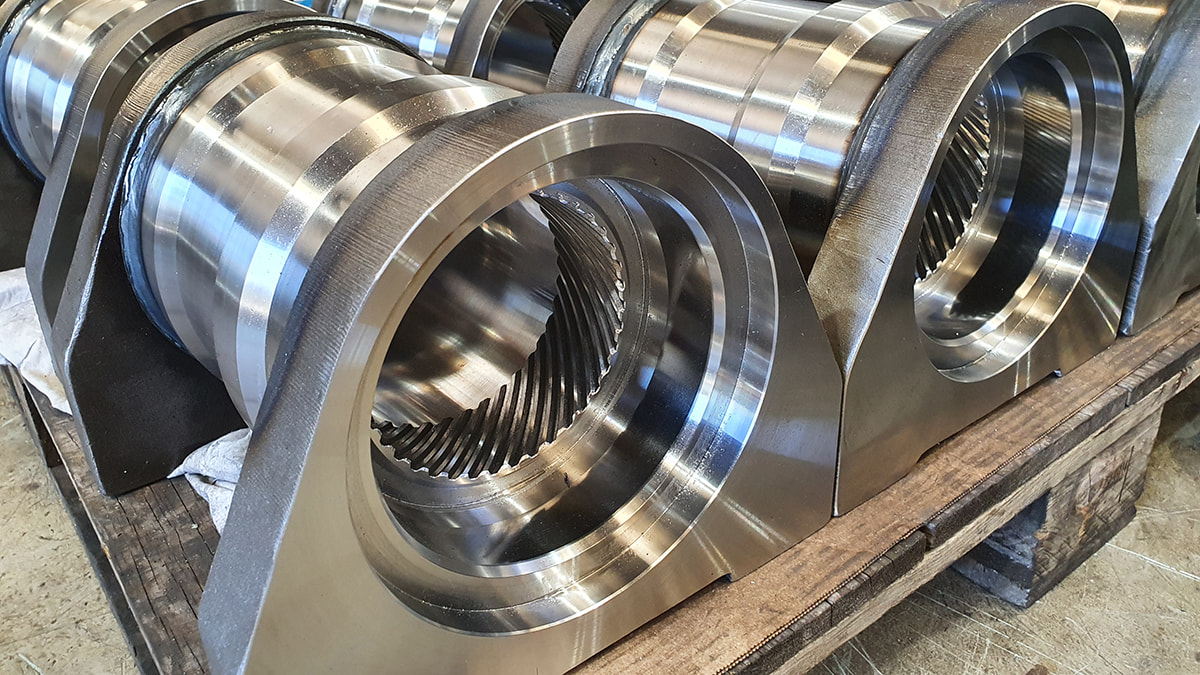 So, from what's been explained we should be able to understand the inner workings of a helical actuator, and spot that there is a clear difference between this type of actuator and other helical transmission motors. At this point the question may be begged, “so what does this tech actually do for me?” Theoretically helical actuators when stacked against traditional style rams when used in applications such as excavator tilt hitches are able to provide a package with advantages being dependent on the purpose. Without going into too much detail helical actuators can provide:

We have covered the side by side comparison between a helical actuator hitch and a ram tilt hitch, and discussion of which one is better for which application previously in another article if you would like to read more into that, (CLICK HERE).

Product Explainer How it Works

There have been quite a few developments in the industry of attachment manufacturing that seek to aid operators in becoming more..

Geometry is one of the often-overlooked topics when it comes to choosing Excavator buckets. Unfortunately for those who overlook..