Beneath the snow-capped mountains of Queenstown, a new development is taking shape. Jacks Point which is about a 10-minute drive out of Queenstown, has been undergoing quite a bit of development which, when completed, will be one of the most beautiful suburbs in New Zealand.

Jones Contracting Driver-Operator Daryl Clarke has been shaping and clearing a site for the kindergarten going in later this year. Attach2 managed to catch up with him briefly between runs.

Daryl was loading with a CX210 equipped with Heli-Tilt and Wide Bucket, then hopping in his pristine Western Star and unloading up the road. "It saves someone else sitting in the loader doing nothing for 10 minutes while I head up the road and unload."

A History Beginning in Cromwell

Jones Contracting is a perfect example of the quality Kiwi businesses to come out of Central Otago, which started up with nothing and eventually became quite substantial. Trevor Jones started in Cromwell with one digger working on the vineyards, which were just starting out back in the '90s; and now host a fleet of 15 diggers, three-wheel tractors, heaps of ag gear, three loaders and quite a few trucks.

They primarily used to sub-contract and did quite a bit of wet hire, ripping, grading and building ag roads. There weren't many subcontractors in the area during the '90s and early 2000s, so Trevor found that a diverse contracting business would be high in demand. Due to the lack of specialised contractors at that time, Trevor found that diversifying the machinery and types of jobs they could take on resulted in an increased number of calls for work.

Trevor's business grew alongside the area; with the completion of the dam in Cromwell, the town and surrounding areas experienced a bit of an industry boom and rapidly began expanding. From starting out with one excavator in the 90s, Jones contracting now has a whole fleet of around 25 bits of machinery. They take on a range of jobs from heavy haulage and house moving to ag work and mid-sized excavation, which is the direct result of diversification in Trevors's business. Shortly after the industry boom in the area, Trevor moved his operations over to Queenstown, where there was again a lack of contractors and immediately started picking up work from larger companies that needed extra machines on the ground due to the rapid growth of Queenstown.

"We usually pick up a bit of work with some of the larger companies in the area that need a hand with haulage or site clearing, but we've been doing quite a bit of house relocation and oversize piloting recently." 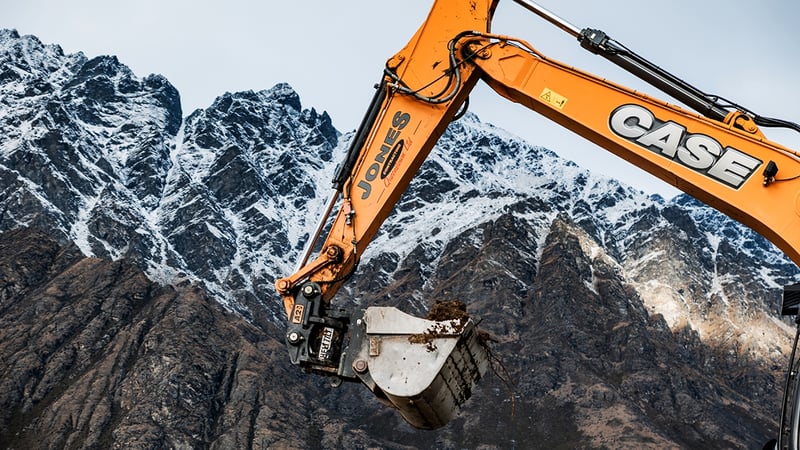 Trevor hosts a mix of machines and attachments; he has Attach2 hitches on his machines with a few other brands' on others excavators. Having experience with this vast range means that he has pretty sufficient knowledge to compare products from different companies, he was able to provide plenty of positive feedback for the Attach2 product. "I really like the design of your new wide buckets; they're a bit more squat and longer on the arm; they're nice to use." With that, he commented that he had another Heli-Tilt on order and that they were looking forward to fitting it up.

Something that stood out other than the beautiful scenery and the CX210 equipped with Attach2 Attachments was Daryl's truck. There's something special about the heavy haulage and truck culture in Central Otago; every truck the Attach2 team came across was immaculate. Daryl was no exception; It was a beautiful Western Star with something special under the hood, powered by a cat engine. The trucks sound was felt, not heard. 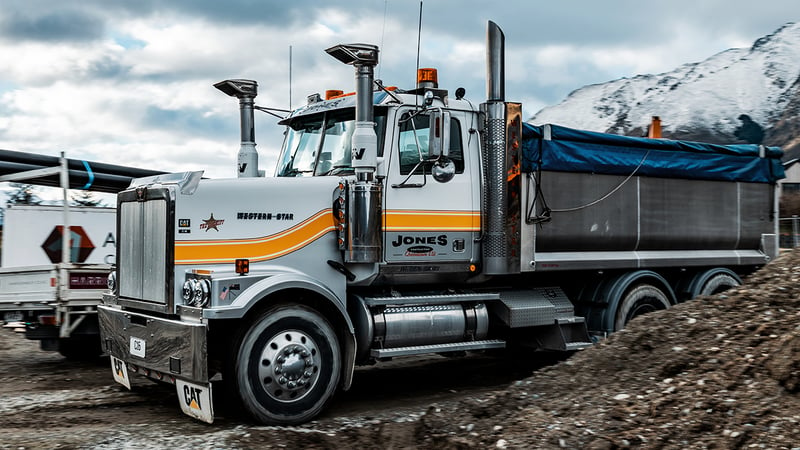 Surrounded by beautiful views, operating awesome equipment, it wouldn't be too bad to be in the cab of one of Trevor's machines.

There's a lot that's already been covered regarding Project Management. Still, one of my favourite timeless principles is:..

At the end of last year, we got the chance to catch up with Chris Kendrick and Shaun McKenzie of Bay Civil Ltd from Tauranga...