Just “giving it a crack” was the beginning of a 35-year business endeavour which all started with Dave Ryan’s father purchasing some equipment and deciding to give contracting a go. 10 years of mowing, topping, and hedging later Dave saw the opportunity for profitability in the industry and decided to do the same. He took over and began building the business up into something he is now ready to hand to the next generation.

Wairarapa Shelter Trimming is a specialty hedge and tree trimming business that services the wider Wairarapa region. With a long history in the area, the team is well equipped with over 35 years of industry knowledge and the gear which has allowed them to become one of the region's go-to contractors for anything vegetation control. Braiden the current acting manager started out working for his father, Dave at 11 years of age, on the end of a shovel. From there he became familiar with the machinery and eventually took on more and more responsibility growing into the current role that he holds now. Nathan his younger brother joined the family business as Dave and Braiden were looking to expand and take on more work becoming specialists in the hard areas that other companies could not while maintaining city council and private contracts.

With their niche being doing what other companies could not Braiden and Nathan have “a clear cut lane” that gives them most of their work. Becoming specialists in any field is no easy task but the third generation Ryans’ have been modernising and improving the business which has allowed it to become recognised as the specialists for the region as the city council sees it at least. With over 10,000 km of roadside mowing and trimming to complete it “pretty much takes 2 or 3 machines all year, round the clock” to maintain the council contracts to which Wairarapa Shelter Trimming is the preferred supplier. That's not it however, they maintain a range of private contracts across the Wairarapa which involve everything from trimming around powerlines to creating large hedge gardens. Their aim is to continue upgrading their equipment, skills, and knowledge in the industry to “get into subdivision work” which would see them managing properties across the region consistently.

Braiden and Nathan both have their family history as well as their involvement at a young age which has contributed to their strong business sense and key values in work. They aim to deliver “quality work with excellent customer service and a good end result for everyone involved.” Maintaining these values while putting a lot of effort into modernizing the business has allowed them to flourish and fill the niche for their services. “We’re bringing the business into the 21st century basically, before us it was all still pen and paper and the motto was to just give things a crack, but you can't do that anymore with new regulations and rules coming out.” Braiden and his brother have brought the business forward with the digitisation of their paperwork processes and have been doing things the right way going to get the correct certifications and qualifications they need for the business to take on different jobs. 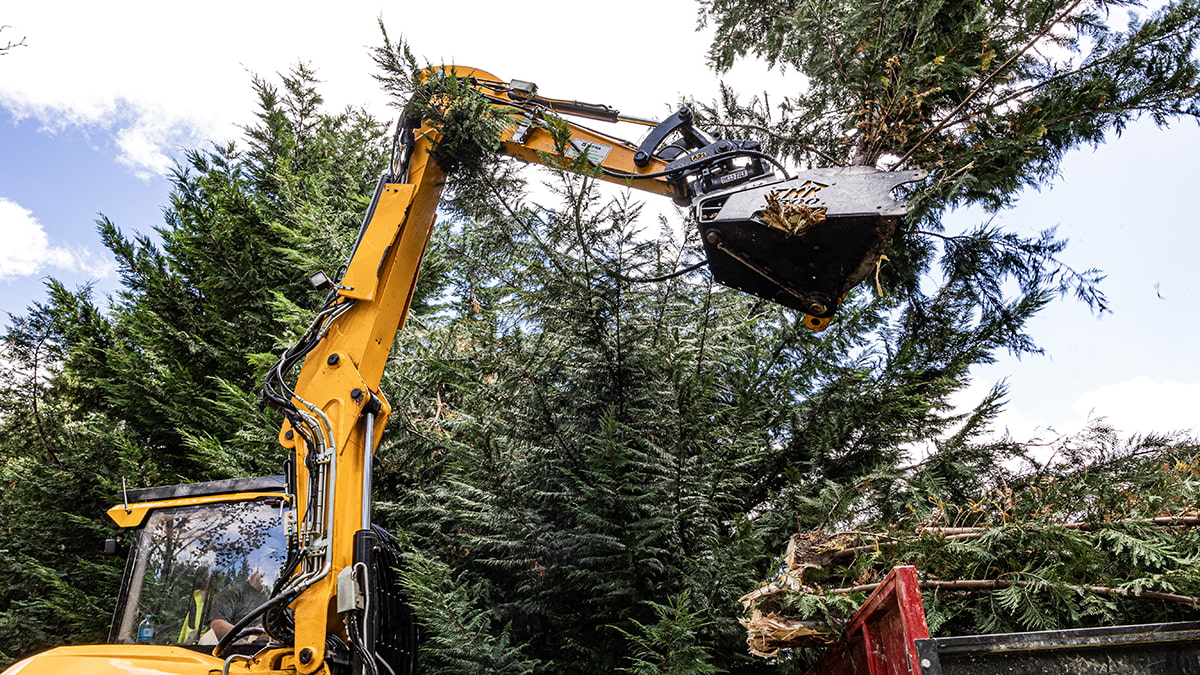 Alongside the upgrading of their processes the business has been getting major investment in terms of equipment. “We buy specialised equipment because what is tricky or difficult for bigger general contractors who have excavators and other equipment but not the specialised stuff, is 80% of our work.” The boys have been upgrading their equipment and it has been a huge benefit. Hosting a small fleet of tractors already, two JCB wheeled diggers have been added to their lineup. Their JCBs are a special tool because they allow the operator to be quite dynamic. They hook a 6-ton trailer up to the digger and equip them with a range of attachments for different jobs. “It's great because what might take other companies a team of several guys with chainsaws, excavators, and trucks a day to do, we can do in a few hours with one guy and a machine.” One of their bits of kit is the Heli-Tilt quick hitch which they explained to be crucial to their operations. 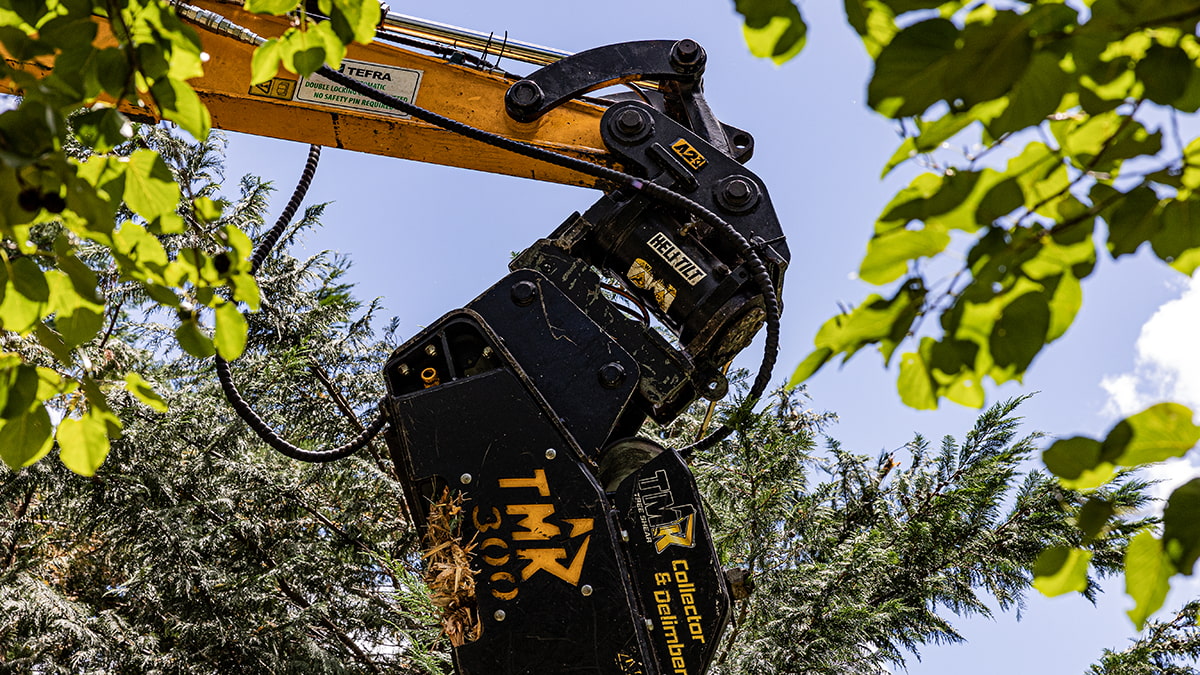 “We were in the market for quick hitches that could tilt but we didn't know exactly what we needed, so we spoke to a local expert who set us up with the Heli-Tilt.” With the work that Wairarapa Shelter Trimming does they needed a solution for their wheeled diggers that would give them the ability to tilt attachments right over as well as change attachments quickly. “We might have to drop a bucket and pick up another attachment every 20 minutes for a whole day and having the quick hitch is a definite time saver which is important in terms of being efficient for our customers.” This coupled with the crucial tilt features allow Braiden and Nathan to do it all with one machine, they can maneuver tree shears in to top a tree grab the debris and load it onto a trailer for transportation. In the current market, this is a huge advantage for Wairarapa shelter trimming, it allows them to perform the job quicker, and at a lower labour cost whilst maintaining service quality. This directly translates into a cheaper cost to their customers and an increase in ability to take on more jobs which has directly encouraged the growth of the company.

Braiden and Nathan “want to continue to build on the 35 years of business relationships” their father and grandfather had formed while maintaining the core values of their family business. They are always in search of new ways to run their business more efficiently and deliver more competitive rates to their customers while staying a people-orientated family-owned business. 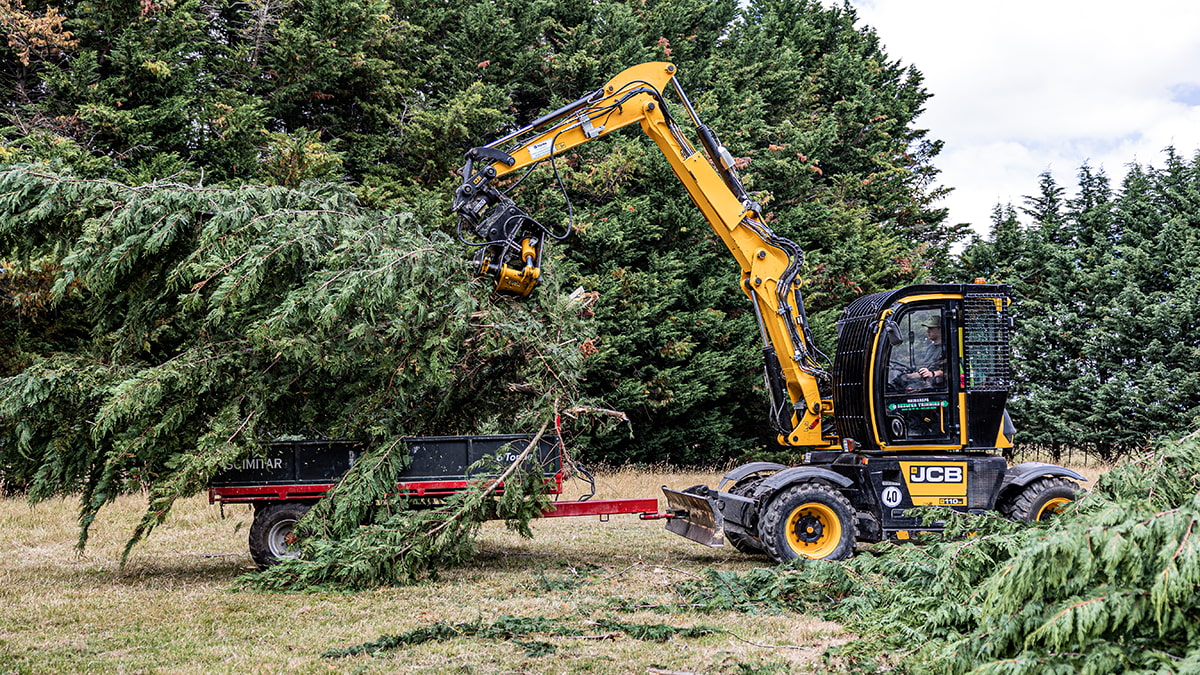