Few companies in the industry can speak to rapid growth the way that GemLife Group in Australia can.

When the Puljich family started with an idea for exclusive over 50s resorts, they had no idea how successful it would be. They initially founded Living Gems resorts which built nine different lifestyle resorts across Australia. When the son Adrian Puljich decided to go out on his own, he started up GemLife in 2016 in healthy competition with his family.

GemLife are now the biggest exclusively over 50’s resort producers in Australia with over ten sites and counting, all in just six years. They aim to provide the highest quality of work in the country while maintaining environmentally friendly practices as they build entire new communities. GemLife delivers a complete package service that manages the project from breaking ground to handing over the keys.

Brett Stehbens, the current Civil Construction Manager, has been with GemLife since Adrian started the business in 2016. He has a wide range of things he oversees, including all the civil construction work, all the civil teams, and all the purchasing of all the commercial equipment from vehicles to machinery.

"I came from a civil building background when I was approached by GemLife in 2016 to come down and kickstart the civil division for them right from the start. We built the civil division from 1 person to where we are now. We have in excess of 200 machines and over 100 civil employees." 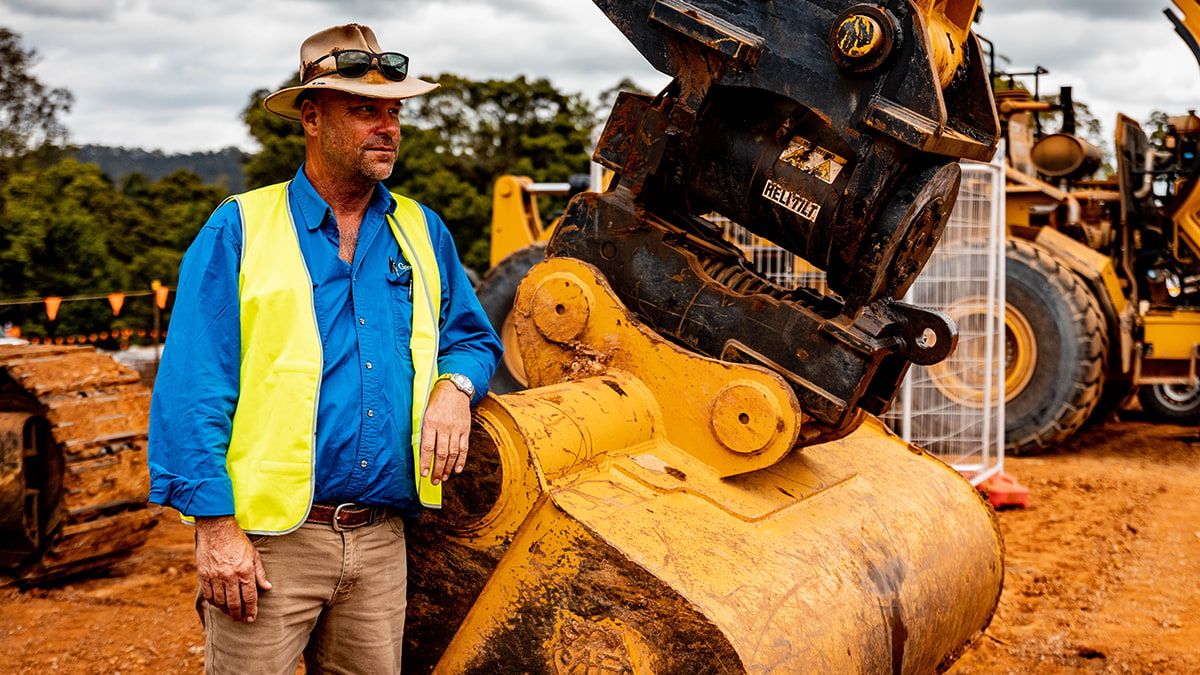 The Aim of the Game

Brett says that the company had to be adaptable and quick to learn by acquiring different services required to build projects of this size. They aren't small either; the average build size for one of these residential resorts is "250 villas which accommodate roughly 500 people." To become the complete turnkey solution, GemLife had to become the do it all company.

"Whatever we can do in-house, we do in-house, and we have our own civil teams, residential construction teams, commercial building teams for clubhouses, resort management teams so we manage the villas, sales management for selling the units, all the maintenance and landscaping, everything you could possibly think of, we do it in-house. You go down to the head office there are engineering departments drafting departments signwriting, you name it, it's there."

And they did it all from scratch. Brett credits the ability to grow, to the "brilliant management and concept team behind everything." Every service they have acquired, they have done so from hiring and integrating it into the business model, which has given them the ability to deliver on their aim while continuing to grow. "We're going to get bigger and bigger; probably this year, we are looking to almost double that portfolio." 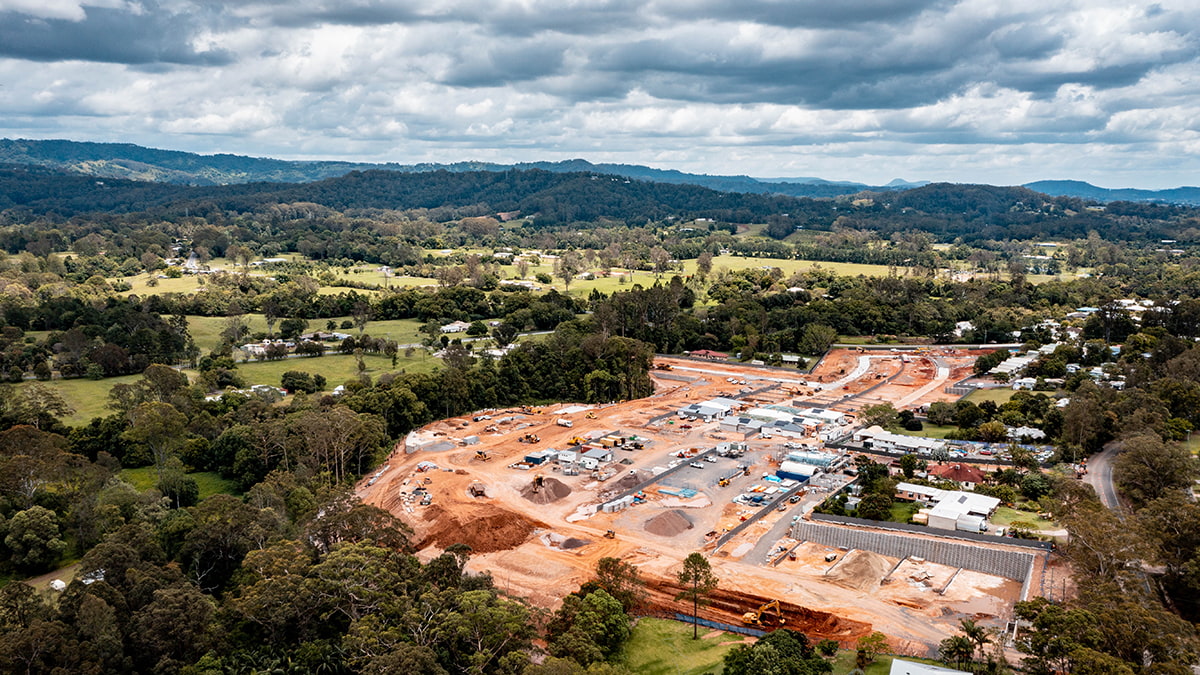 The process of building these resorts requires several teams to tackle the diverse range of tasks involved. It begins with an assessment of the land, which includes considerations of whether or not the land is commercially viable in terms of generating a return. The development process then starts, which can take "two to three years." This involves going through a two to three-year process with the local council, soil testing teams, engineers and more to complete and finalize everything for planning. Once council approval is granted, the project can begin, and the civil teams can break ground and begin building infrastructure and other services. Building teams then come in and build the units and facilities while the marketing and sales teams start selling the units.

Brett describes the planning process with councils as the tricky bit. "It can be quite tedious, but we have some very smart people who know how to design things around what councils require, and that's all those people do, be very good town planners." GemLife aims to build rapport with local councils and does so through demonstrated processes with a long list of successful builds. As Brett describes it, "various councils are quite different, we aim to build rapport with them, and when they see our name pop up, they know we build quality resorts, and respect that, which usually makes it a bit easier for us to start building.” Dealing with councils and buildings across Queensland, New South Wales, and Victoria, Brett attributes the ability to handle it all to the team. "We have a whole team behind us… not one person can be across all projects, so it's a big team effort for sure." 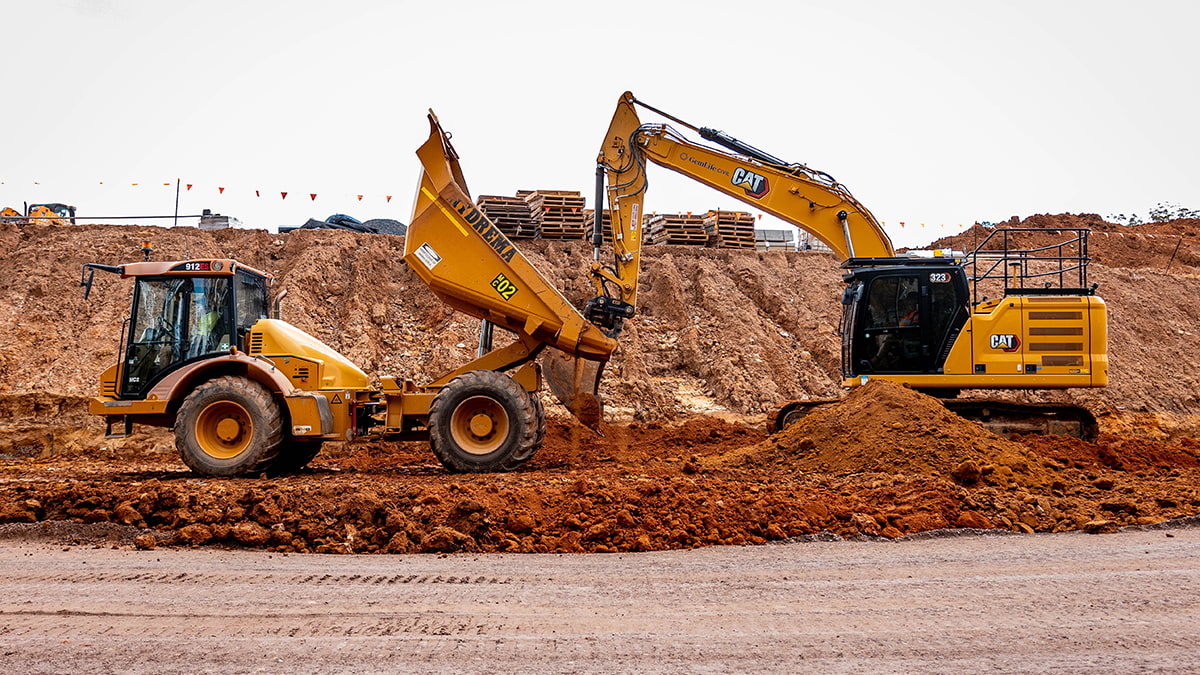 GemLife’s products aren't just building units; GemLife builds whole communities. GemLife has to build rapport with the local communities and councils through the consenting process because they are adding so many people to them. Brett puts quite a bit of weight behind the concept of building and bettering communities because it is so vital to their business and vice versa. "Wherever we can better a community as a whole like a township, we will put our hand up and help out, because without that community involvement, we can't survive either, and our residents rely on those townships, so whenever we can help, we will." Adding 250 villas that house roughly 500 people to a community can cause a lot of change; there is quite a bit of infrastructure involved in accommodating that many people. "You go into some of these suburbs, and an extra 500 people trigger sewer upgrades for the community, bus lines, transport routes, and we are heavily involved in helping out with those processes as well." By putting this many people into these townships, GemLife helps the areas they build in grow to accommodate more people, bring new financial trade, and support the community with infrastructure development. 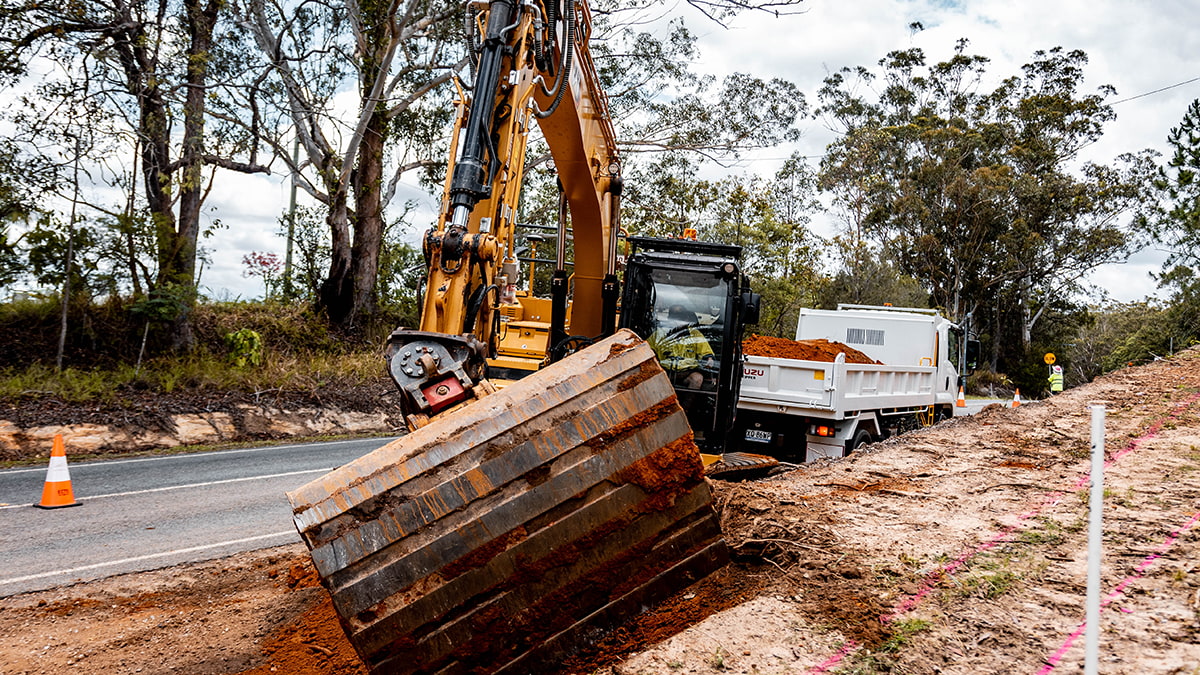 GemLife also must consider the environmental side of their developments. "We're strong on the environment as well, Queensland especially is a very green orientated state, so we focus on staying very environmentally friendly, and we have to include that in our builds as well, some of the resorts we have built we put in creeks and treeline suspended boardwalks throughout them so people can view the wildlife and we are not damaging anything." The sites that they design and build on, are usually quite large and are often surrounded by native forestry or wetlands with 90% of them being along the coast. GemLife’s resorts aim to be picturesque places that give the resort occupants a sense of connection to the natural aspect of living in Australia. "One of our recent builds in Maroochydore, we built a 2km long boardwalk down the river to a jetty, so your pretty much wandering through the mangroves. Then another one at Palmwood has a creek running along alongside it, so we made a highrise boardwalk next to it so people can pretty much wander around up in the canopy of the trees. We try and really appreciate the environment in all our builds when we can."

When asked about the over 50’s style of resort, Brett explained that the villas are not retirement villages and more are about allowing people to make a lifestyle change. "We don't like the word retirement; it's more of a lifestyle change. You don't have to be retired, and we just have an over 50s cap.” By creating this distinguishment, GemLife clearly outlines its niche as a lifestyle provider which opens them up to supplying property for a completely different kind of market where people can have all the facilities they could ever want while transitioning away from living in crowded inner cities. “And they're full facilities; the clubhouses have everything in them from swimming pools to gymnasiums to 10 pin bowling alleys, movie feature theatres, restaurants, and more, everything you could think of is contained in the resorts." 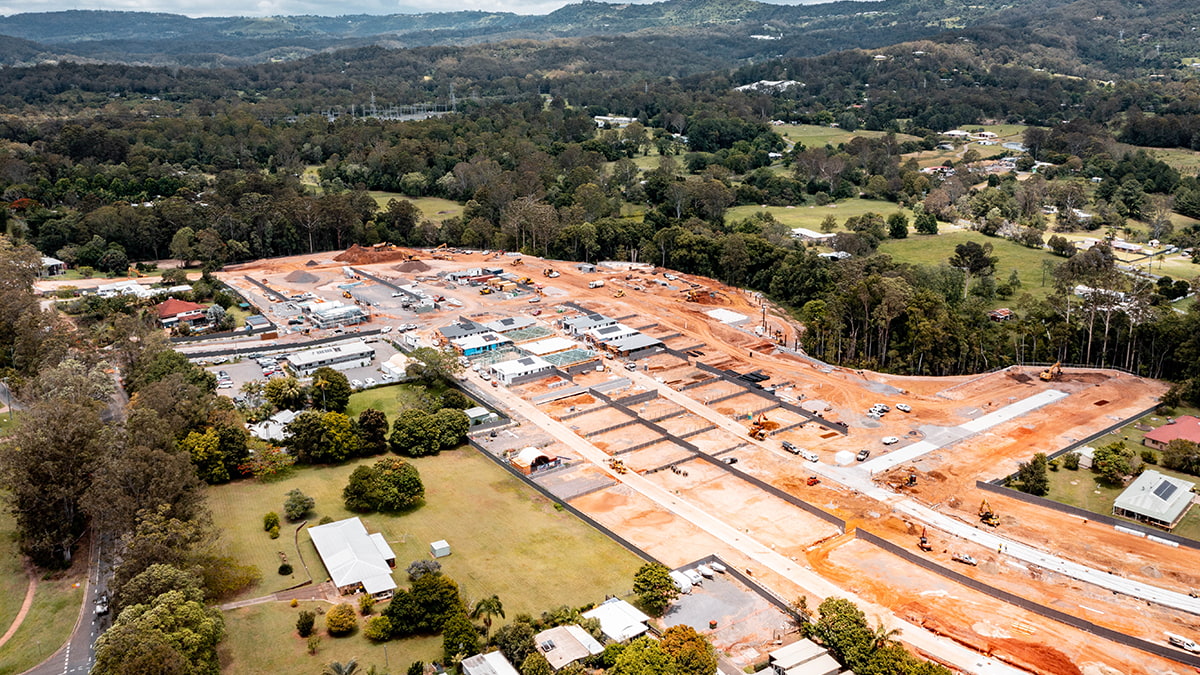 One of the main parts of Brett's job is overseeing the commercial vehicle and equipment fleet, which is no easy task. GemLife has over 200 pieces of equipment including utes, loaders, telehandlers, trucks, skidsteers, graders, excavators up to 40-tonne and much more, GemLife has all the equipment they need for the work they do and some.

Operating a fleet this large requires Brett to stay switched on to what is happening with all of the gear at any time while making sure everything is serviced on time to avoid breakdowns. Attributing the company’s equipment productivity and success to his gear purchases, Brett says that his job is made easy by only really buying one brand of equipment new, having a complete maintenance team in-house, and only using quality brands that they have come to trust. 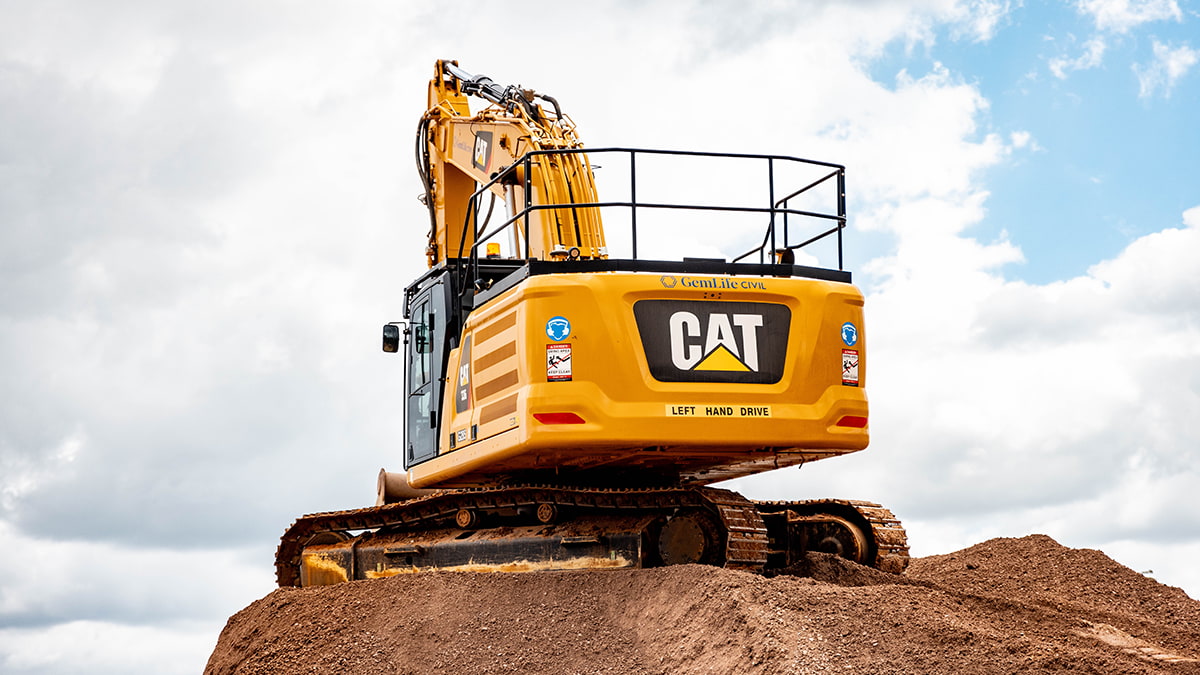 "We have our own fitters, they're always busy, but between them and Hasting Deering CAT's servicing, we pretty much have our bases covered. We only buy new gear, so our breakdowns are pretty minimal; it's only really servicing and wear and tear bits to do, so it's pretty covered. We purchased a lot of the gear in 2017, so it's only five years old, some of it will be getting traded in soon, and a lot of the bigger gear will probably go another two years before it starts getting traded in."

GemLife exclusively uses CAT for their machinery and equips every excavator with an Attach2 Heli-Tilt. "With CAT, Attach2 was a recommended product so, we've teamed up with Attach2 for all of our excavator hitches and attachments, so now, with all of our standard purchases with CAT, we stipulate Attach2 tilting hitches and attachments to suit." The range of work that GemLife completes with their machinery requires it to be dynamic and efficient. The Heli-TIlt; a hydraulic tilting quick hitch that GemLife equips all of their excavators with, gives operators the ability to be just that, allowing them to tilt all of their attachments up to 90 degrees and change buckets without leaving the cab. This enables them to do more without having to move the excavator and change buckets quickly without changing hoses, both contributing to increased efficiency for the operator and GemLife as a whole. 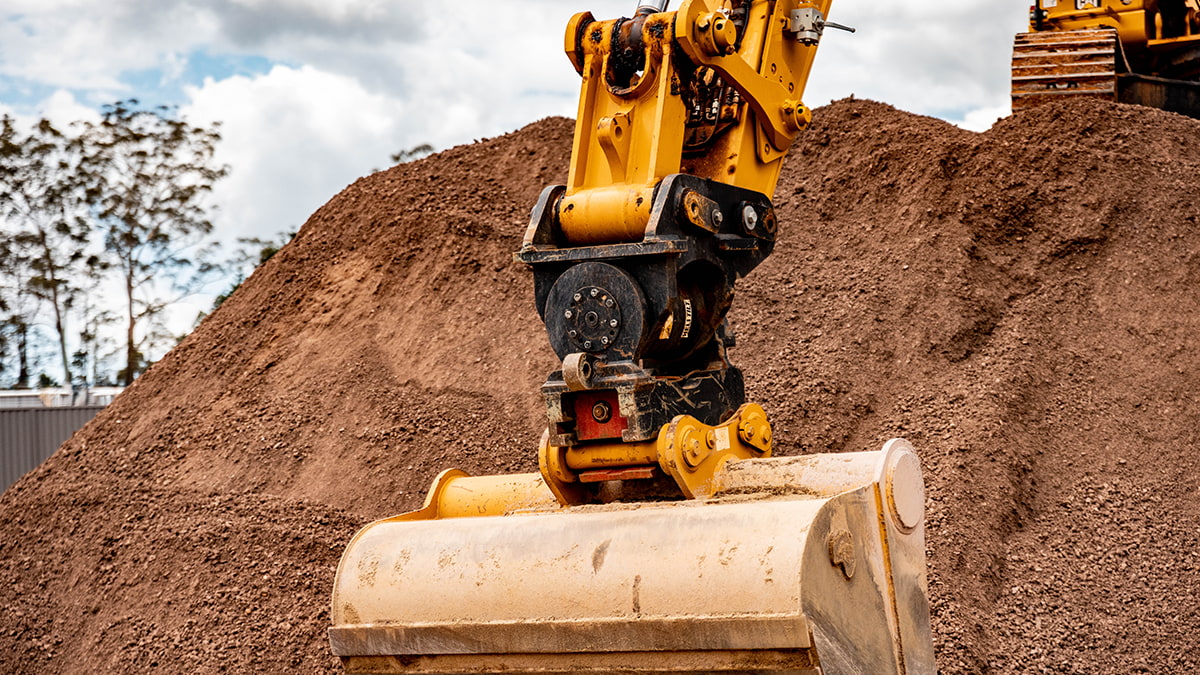 On why GemLife chose to go for Attach2, Brett stated, "CAT recommended Attach2, and since we went with CAT, we could say obviously CAT is a quality product, and you guys wouldn't be putting anything that's bad on your product, so we'll go with what you recommend… And from that, as I say, we haven't had any issues, no warranties, no call outs, nothing, and all our operators love them, so yea, no issues whatsoever…."

With all the teams, gear, and processes in place, GemLife has grown into a well-oiled machine for producing some of Australia's largest over 50s resorts over the short course of six years. Through pushing the boundaries of what one company can do, GemLife has become the do it all complete solution for building resorts in their niche market which has proved extremely profitable and allowed them to grow exponentially. Purchasing and maintaining high-quality tools and equipment allowed GemLife to perform at peak efficiency to get their jobs done faster while maintaining a high standard of work. With their eyes set on being the future of these resorts, GemLife has been going through the motions to properly equip themselves with everything they need to build resorts that people want to live in, all while staying community-focused and environmentally aware. 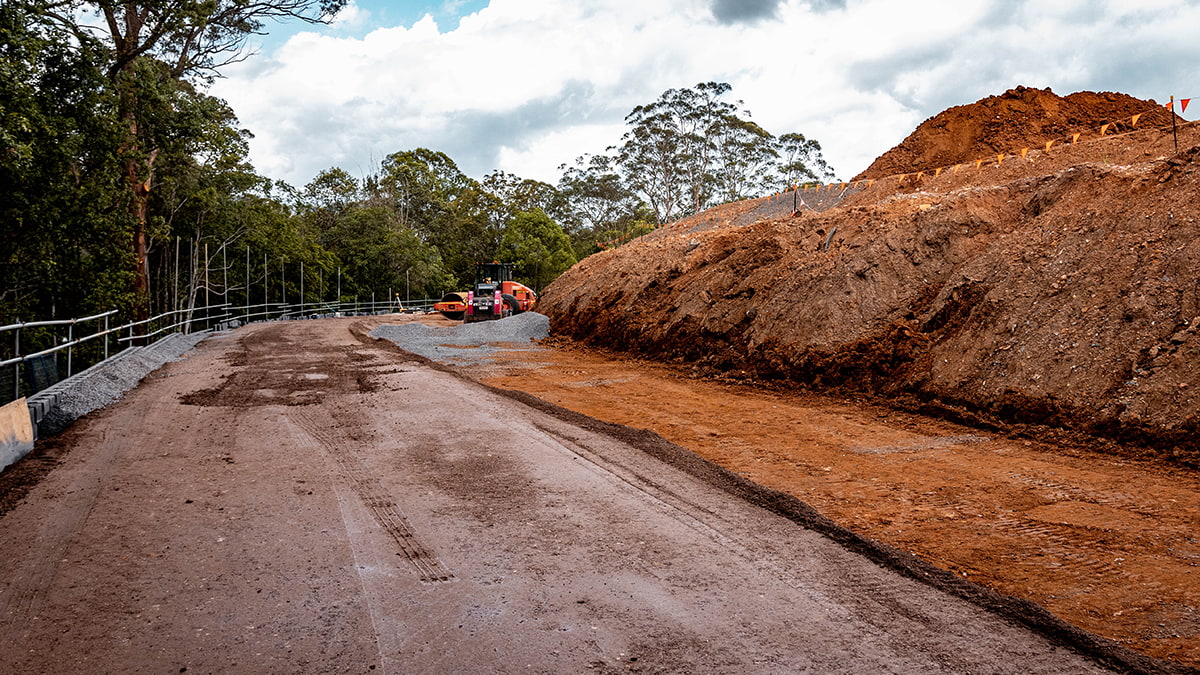 There have been quite a few developments in the industry of attachment manufacturing that seek to aid operators in becoming more..