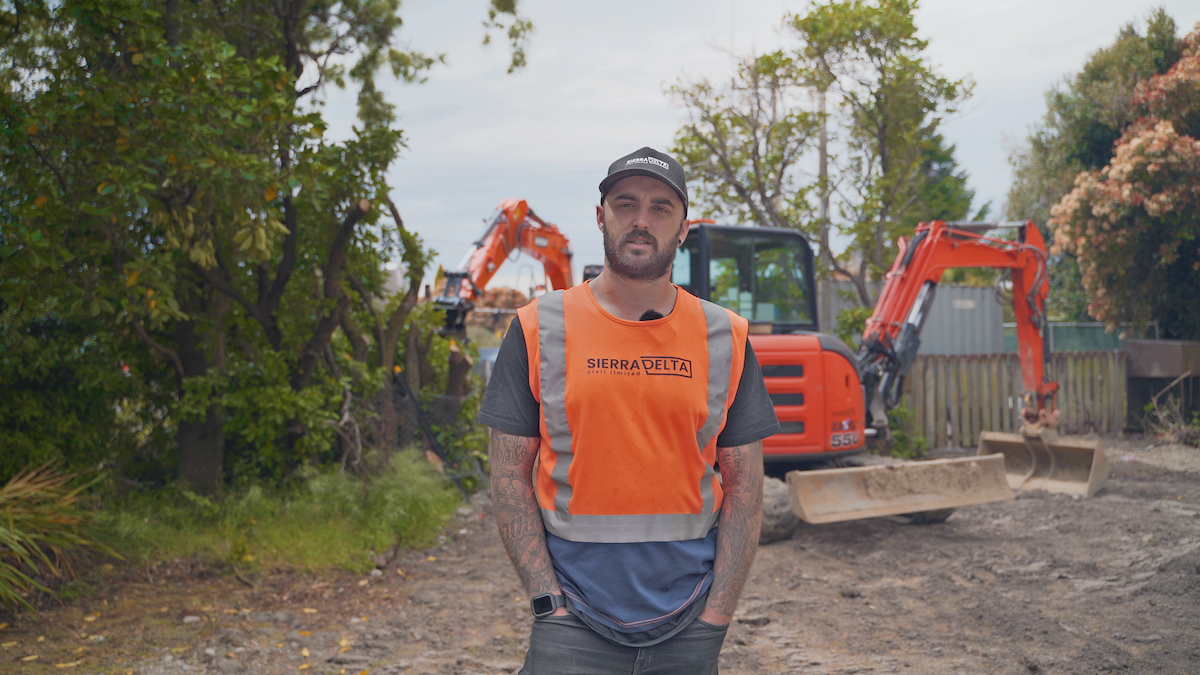 When Sam was a younger lackie, he started out as a labourer for his fathers business established in 2007 in Upper Hutt, Wellington. While gaining experience under his dad, Sam “rose up through the ranks,” and became a site manager and supervisor at the age of 26. Having been in operation for 12 years, Sam’s dad, decided it was time to move on to other endeavours. This led Sam into some quick thinking that resulted in the birth of Sierra Delta Civil. With a “handful of guys, one digger, and some experience” in the industry, Sam leapt into becoming the director of his own company.

Initially, Sierra Delta had two weeks to get set up with the quickly approaching closing date of his fathers business. They managed to pick up one job that kept them busy for the first month, while Sam visited some of his father’s previous clients to reestablish relationships and pick up more work for the young company. With more work coming in from them, Sam was able to gain momentum and start building his business up. Within three years, Sierra Delta went from being a startup with one digger and a small team, to being a well known civil and drainage contractor in Upper Hutt and the Wairarapa with 13 staff and a decent range of excavators and trucks.

Since the establishment of Sierra Delta, Sam has been focussing on the development of the company into a civil and drainage specialist. Taking on many contracts from the Wellington and Wairarapa region, their efforts in regards to developing their skillset in one sector of the civil industry has proved worth the work. “The boys are all pretty good with the utility and drainage side of things,” Sam says, and because of that, they decided to specialise in what they do well. This careful attention to his team’s strengths allowed Sam to step into a smaller field of competition in which he could become a big fish in a little pond. Becoming a specialist in a certain field means that other businesses will come to them rather than the other way around. 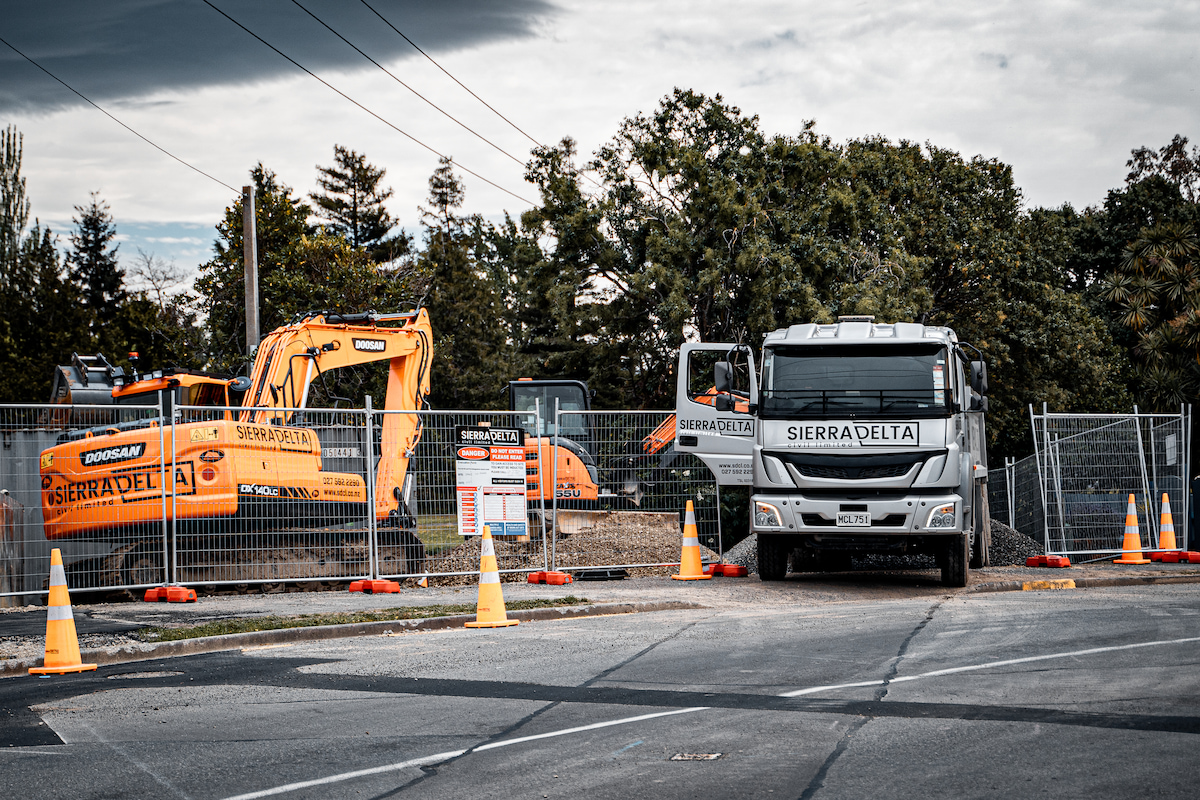 Sam also puts weight on having the right team and tools for the job. It’s not just limited to doing a good job and comes with a certain kind of care. Care for leaving a worksite tidy, care for keeping up with machine maintenance, and care for other things like keeping the excavators tidy, and making sure that the customer is left with a good looking and functional result. All of this care had to be applied consistently while his business was growing. With the increase of machines and operators at Sierra Delta, Sam needed to hire a full-time technician to keep his gear in optimum running condition. He believes that staying on top of gear maintenance while using good quality machines helps decrease downtime and contributes to Sierra Delta being able to provide a good service.

The way Sam sees it, “the guys really look after their gear, and when they do that, he likes to make sure that they have the decent gear to use.” Primarily sticking with Hitachi and Doosan machines, his team is well equipped in the excavator department. However, Sam says that the main benefits they see with his machines are in the attachments. “The main part of excavation is digging, which includes, attachments, hitches and buckets. Predominantly we have always gone with Attach2.” With experience using both Attach2 and other types of hitches Sam mentioned that “some of our machines don’t have the Attach2 hitches, and they don’t really perform as well.” Describing his new 14 tonne Doosan equipped with a Heli-Tilt as much more versatile. With civil work “In a bigger machine, you’re in a tight area and the Heli-Tilt makes the machine a lot handier with not having to move around the site to get into the right position and the same with changing buckets, you don’t have to get out and change all your hoses over, it’s just a one-stop-shop… that means you’re getting the job done faster.”

With a good team and good gear behind him, Sam has a pretty clear vision for the future. They’re planning on expanding more into the Kapiti Coast and Wairarapa regions while continuing with the development of the companies skills on their way to becoming specialists in utilities and drainage.

Being a young growth-driven company Sierra Delta is showing promise with its endeavours, Attach2 is looking forward to helping them grow further into their space through providing quality attachments that make their job easy!

There have been quite a few developments in the industry of attachment manufacturing that seek to aid operators in becoming..